Sean FitzPatrick bathed in an aura of success in the years before the crash. He was highly regarded by investors, the media and business community.

His admirers considered him a financial visionary who brought new entrepreneurial skill to the old world of banking.

In 1986 when he became chief executive of what would become Anglo Irish Bank, it only had four employees.

Initially the bank grew by offering small and medium business owners faster decisions on loan approvals – stealing the march on rivals Bank of Ireland and AIB.

Anglo grew fat on the credit bubble and property boom.

It borrowed money from savers and the bond market and loaned it to developers to buy property at inflated prices. 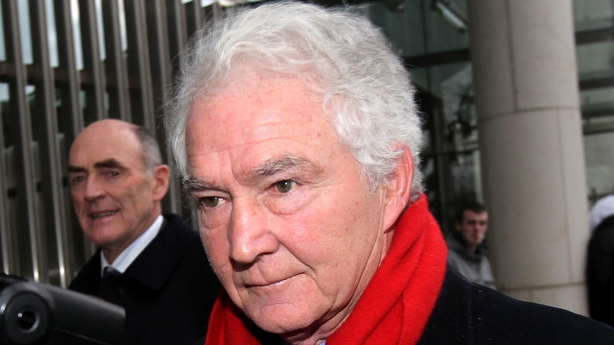 When Sean FitzPatrick stood down from the position of Anglo's chief executive after almost three decades in the hot seat it had become Europe's fastest growing bank, it had operations in the UK and US, and was a darling of the stock market.

He became the bank's chairman in 2004 but was almost always considered the public face of the financial institution.

He was a regular public speaker and he joined the boards of Aer Lingus, packaging company Smurfit Kappa, and food group Greencore.

When the crash came, all of the Irish banks were in an unsustainable situation and had to be bailed out by the taxpayer.

However, Anglo Irish Bank – which had become the lender of choice to many developers – was far more exposed and cost the taxpayer more than any other bank.

Days after the government issued a blanket guarantee for the banks in 2008, Sean FitzPatrick appeared on RTÉ Radio 1 and refused to apologise to the Irish people.

Sean FitzPatrick was considered a financial visionary until the financial crash. @davidmurphyRTE looks back on his life and career pic.twitter.com/HjD7aLymtV

Instead he offered a "Thank you" to taxpayers and argued the Anglo's problems were caused by a global liquidity crisis instead of home-grown problems.

Two months later he abruptly resigned as the bank's chairman when it emerged he had loans of €87m from the bank, which had not been disclosed in its annual report.

The borrowings had been temporarily re-financed with Irish Nationwide Building Society and did not appear in a list of borrowings of Anglo directors.

Upon resigning Mr FitzPatrick said: "The transfer of the loans between banks did not in any way breach banking or legal regulations. However it is clear to me, on reflection, that it was inappropriate and unacceptable from a transparency point of view."

The court case that concluded today centred on this alleged offence of providing false and misleading statements to Anglo’s auditors.

The end of the case brings to an end the State's legal actions against Sean FitzPatrick.

In 2014 he was on trial for allegedly providing loans to investors to buy shares in Anglo contrary to company law. He denied the accusations.

After a lengthy trial he was acquitted. 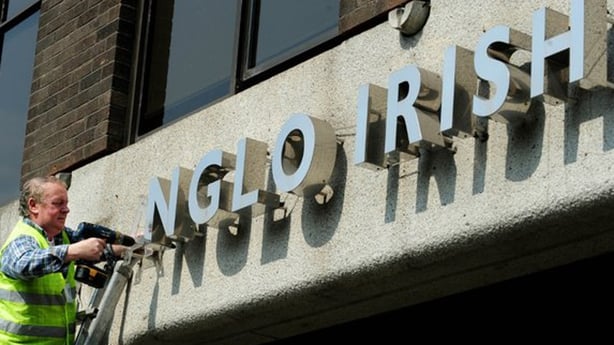 The cost of bailing out Anglo was €30 billion. That works out at €6,250 for every person living in Ireland on the basis of a population of 4.8 million people.

It was the enormous expansion of the bank that imposed a huge burden on the taxpayer.

But overlending by bankers was not an offence. To see what went wrong the government commissioned a series of reports and held the banking inquiry.

It laid part of the blame for the crisis on the regulatory failure of the Central Bank and Financial Regulator, which never blocked the banks from lending huge sums.

But it also blamed the actions of bankers for stoking the credit bubble.

Despite the outcome of the legal actions against Sean FitzPatrick, he is also viewed by many as one of the main the architects of the Anglo's expansion and he has been the target of public opprobrium.

Sean FitzPatrick may fade from the public consciousness in future years.

But the Irish taxpayer will continue to pay for the banking collapse for decades to come.

That is a long time.