Irish households have reduced their debt as a proportion of disposable income more than any other European Union country over the past four years.

However, new figures from the Central Bank also indicate households here remain the fourth most indebted in the EU. 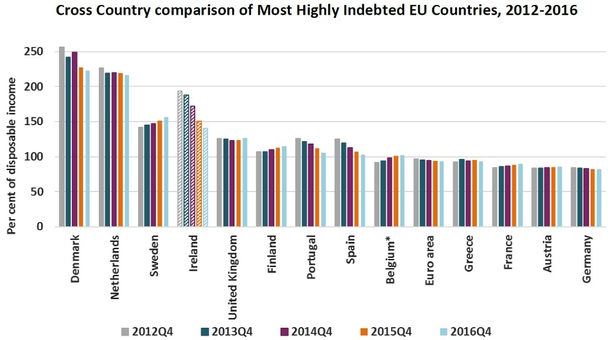 This increase was mainly driven by rising house prices and incomes, and a decline in household liabilities.