Greece and its international lenders have today agreed on the key elements of reforms to unlock new funds and experts will now put finishing touches on the deal, the chairman of the euro zone finance ministers said.

Greece is on its third bailout from euro zone governments since 2010.

To get money, it has to pass regular reviews of reforms by experts sent by the lenders.

The latest review has dragged on since the middle of last year because of differences over pension and income tax reforms that some lenders believe Greece must undertake to put its finances on a sustainable footing.

"Today we have an agreement on overarching elements of a policy package in terms of size, timing and sequencing of reforms," the chairman of euro zone finance ministers Jeroen Dijsselbloem told a news conference.

"On that basis, further work will continue in the coming days," he said. Experts will be sent to Athens to finalise the deal.

Greece will take steps to produce savings in its pensions system of 1% of GDP annually starting in 2019, an election year. Another 1% annually is to come from reform of the income tax system in 2020.

The additional reforms are mainly to satisfy the International Monetary Fund and Germany, which have been sceptical that Greece would be able to reach previously agreed fiscal targets without them.

To make the deal more palatable for Athens, the lenders agreed that if Greece exceeds its targets as a result of the additional measures, it can spend the excess cash on boosting the economy.

The Greek target is a budget surplus before debt servicing of 3.5% of GDP in 2018. It is then to be maintained at that level over the "medium term".

There is no agreement yet on what exactly "medium term" means and the ministers did not discuss that at today's meeting.

The longer Greece keeps such a high surplus, the less it is likely to need debt relief. 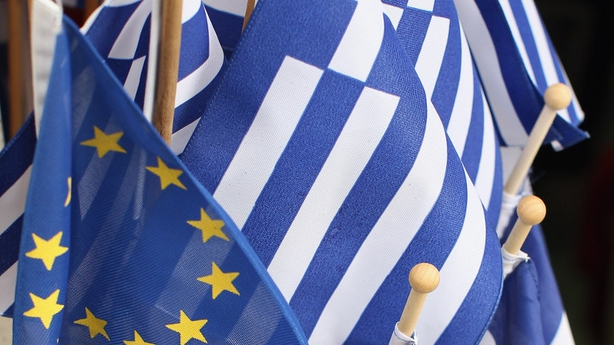 The Fund says that if it were to participate, it would have to be the last rescue package for Greece and that means substantial debt relief offered now.

"An agreement on policies will have to be followed by discussions with euro area countries to ensure satisfactory assurances on a credible strategy to restore debt sustainability, before a program is presented to the IMF Executive Board," IMF spokesman Gerry Rice said.

Euro zone ministers would return to the discussion on whether debt relief is necessary, Dijsselbloem said, after experts iron out the details of the reform deal in what is called a staff level agreement.

"Once the staff level agreement is reached the Eurogroup will come back to the issue of the medium term fiscal path and debt sustainability, to reach an overall political agreement," he said.

"The big blocks have now been sorted out and that should allow us to speed up," he said.

Time is pressing because the uncertainty over whether Greece would be able to secure new loans weighs on business, consumer and investor sentiment, which dampens economic growth.