The Bank of England Governor has called for Britain and the European Union to reach a sweeping deal to recognise each others' bank rules after Brexit or risk a potentially damaging hit to financial services across Europe.

Mark Carney said in a speech at Thomson Reuters' London office that banks had to be ready for a "hard" Brexit.

He set a July 14 deadline for cross-border finance firms operating in Britain to tell the Bank of England how they would cope with an abrupt EU exit.

Mr Carney also said he would push to ensure some clearing of euro-denominated transactions remains in London after Brexit.

Banks, including many from the US and other countries around the world, use London as their base for operating across the European Union, making the British capital the biggest financial centre in the region by far. 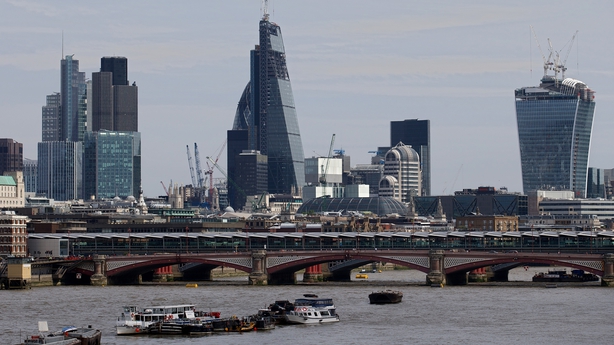 But the EU financial services "passports", which enable firms to operate throughout Europe from a single office in London, are set to be lost once the UK pulls out of the bloc's single market in two years' time.

It still remains far from clear what kind of deal will replace it.

Banks were making contingency plans, at some financial cost, but should not rush to leave London, Carney said.

He also said it would be hard for other EU countries to match the scale of the financial services industry in Britain "in terms of investment and supervisory capacity, market infrastructure, the expertise that is resident here. That's very difficult to replicate."

British prime minister Theresa May mentioned the importance of reaching a trade deal with the EU that includes financial services as a "crucial sector" when she triggered the two-year process of Britain’s exit from the EU last week.

However, many bankers have said they are not convinced the government will prioritise their industry, with May making controls on immigration a top aim.

Mark Carney said he expected financial services to be part of a "bigger deal" on trade between the UK and EU.

"How Brexit negotiations conclude will be a litmus test for responsible financial globalisation," Carney said.

"The EU and UK are therefore ideally positioned to create an effective system of deference to each other's comparable regulatory outcomes, supported by commitments to common minimum standards and open supervisory co-operation," he said.

But major global trade deals to date have largely excluded financial services due to their complexity. 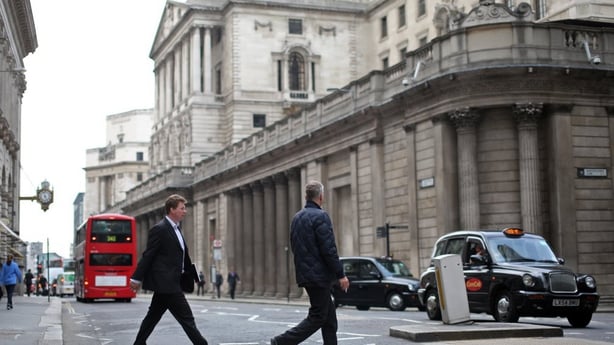 Against a backdrop of global concern that US President Donald Trump may undo some of the reforms implemented since the financial crisis, Carney said the global financial system was at a "fork in the road".

Governments had to choose between maintaining high standards of regulation and respecting each others' rules, or looking inward with big costs to global trade, he said.

Trump has said that internationally-inspired banking rules are holding back US lending, and has ordered a review of regulation, raising concerns that the global approach to financial regulation will splinter.

Carney said the US under Trump seemed focused on rules unique to the country, rather than a radical overhaul which would have global implications.

"I'd be very wary of interpreting anything that the US administration does as a rollback of regulation, of a turning inwards, of a fragmentation," Carney said.

Recognition of financial rules between Britain and the EU has not been tried before on the scale envisaged by Carney, which could make negotiations tricky and protracted.

The EU may also be reluctant to forgo the jurisdiction of the bloc's top court in policing rule breaches.

The system could be bolstered by third-party peer reviews and a new independent dispute resolution mechanism, Carney said adding that this could be a template for the wider world.

Banks are concerned that Britain and the EU will not reach a deal in time for Brexit which is due in two years' time, and are preparing to move staff from London, and Germany and France are trying to lure jobs to their financial capitals.

HSBC, UBS and Morgan Stanley have decided to move about 1,000 staff each from London in the next two years, sources familiar with their plans have told Reuters.

Goldman Sachs said last month it would begin moving hundreds of people as part of its contingency plans.

Mark Carney said the Bank of England needed to be prepared for a worst-case Brexit outcome, and alongside his speech, the bank's top banking regulator, Sam Woods, sent a letter to financial firms with cross-border activities ordering them to set out Brexit plans.

European banks which operated in London on the basis of passporting should be prepared to set up separately capitalised subsidiaries in Britain and submit to direct BoE regulation if Britain and the EU could not reach a deal, Woods said.