The euro zone economy may be improving, but a change in the European Central Bank's policy guidance could backfire, tightening financial conditions.

This is what ECB policymakers concluded at their March 9 meeting, the minutes of the discussion showed today.

The risk of a negative scenario has receded, so a nuanced shift in communication was warranted to convey a more positive tone, even if a substantial degree of accommodation was still required to raise inflation back to target, policymakers said.

Though the ECB kept its stance and message unchanged at the March meeting, this nuanced shift - the removal of a reference to being ready to act with all available instruments - was taken by markets as a hawkish shift.

Some considered it as a signal for earlier-than-expected policy normalisation.

Bond yields rose after the meeting as investors brought forward their prediction for the ECB's first interest rate increase in years.

This was despite policymakers trying to cool those expectations, arguing that they merely signalled reduced risk, not quicker normalisation.

ECB President Mario Draghi and Chief Economist Peter Praet both suggested today that the bank will stick to its well telegraphed policy path, including for bond buying and record-low rates, for some time to come.

They are not yet convinced the euro zone economy is back to rude health.

"Changes in the formulation (of the guidance) at the current juncture could lead to an undue upward shift in market interest rates and tighten financial conditions to an extent that was not warranted by the prevailing outlook for price stability," the minutes showed.

The ECB added that there was broad agreement in maintaining the bank's guidance, even if some policymakers have suggested that the outlook has improved enough to drop the reference to lower rates.

"Removing the downward bias on interest rates in the present formulation of the Governing Council's forward guidance was seen as premature, as there was still considerable risk surrounding the economic outlook and the robustness of inflation convergence," the minutes showed.

But policymakers also wanted to indicated improved confidence in the outlook.

"Nuances in communication could convey a more positive tone on the state of the euro zone economy, while signalling less urgency for further monetary policy action," the minutes said.

ECB to stick to policy plan despite tightening calls

The European Central Bank will stick to its policy plan including bond buying and record-low rates for some time to come as it is not yet convinced the euro zone economy is back to rude health.

This is according to comments today from both its president Mario Draghi and its chief economist Peter Praet.

Mario Draghi and Peter Praet's remarks suggest the ECB will not change its policy message this month despite mounting calls from Germany for it to wind down its stimulus.

Mr Draghi said he saw no need to deviate from the ECB's stated policy path, which includes bond buying at least until the end of the year and record-low rates until well after that to stimulate inflation.

"I do not see cause to deviate from the indications we have been consistently providing," Mario Draghi said at a conference in Frankfurt.

"Before making any alterations to the components of our stance - interest rates, asset purchases and forward guidance - we still need to build sufficient confidence that inflation will indeed converge to our aim," he added.

Inflation in the euro zone has rebounded in recent months and was at 1.5% in March. The ECB aims for price growth of almost 2%.

This has fuelled market speculation the ECB might raise its deposit rate, which is currently -0.4%, meaning banks are charged on their excess deposits, a contentious issue in cash-rich countries such as Germany, France and the Netherlands.

Germany's central bank governor Jens Weidmann said in an interview published yesterday that the time for taking the foot off the stimulus pedal was approaching.

The president of the country's banking association called on the ECB to end its expansionary monetary policy soon. 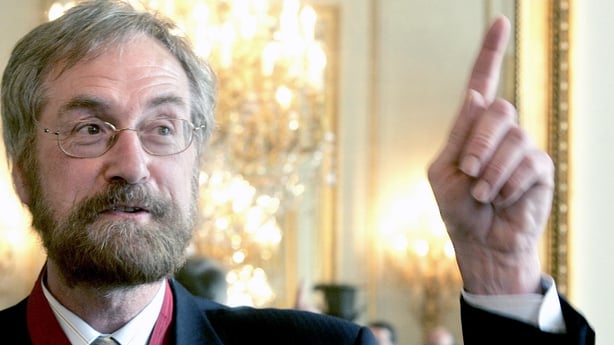 Yet the ECB's chief economist Peter Praet backed the sequence of the bank's policy path, saying even introducing the notion of a rate hike would undo some of the economic stimulus brought by the ECB's asset purchases.

"If investors start perceiving that the path of the policy rate is subject to upward uncertainty, long-term interest rates will be pushed higher and asset purchases will become less effective", Praet said.

The ECB is on course to buy €2.3 trillion worth of assets, mainly government bonds, in a bid to boost lending by flooding the euro zone with cash.

While bank lending to households and companies has recovered, it is still growing at a slower pace than before the financial crisis.