Sainsbury's has today reported a slight fall in underlying quarterly sales in its core supermarkets business and cautioned over uncertainty regarding cost pressures.

All of Britain's supermarket chains are having to deal with higher import costs, given the pound's devaluation since last June's Brexit vote and some commodity price rises.

But he said Sainsbury's remained well placed to navigate the external pressures.

It said sales at supermarket stores open over a year fell 0.5%, excluding fuel, in the nine weeks to March 11, its fiscal fourth quarter. That compared to analysts' forecasts ranging down 1% to up 0.3%.

Sainsbury's said that after adjusting for this year's later fall of Easter the outcome was in line with its third quarter when like-for-like sales rose 0.1%.

The results showed a strong performance from Argos, where like-for-like sales increased 4.3%, a slight acceleration from growth of 4% in the previous quarter and ahead of analysts' expectations. 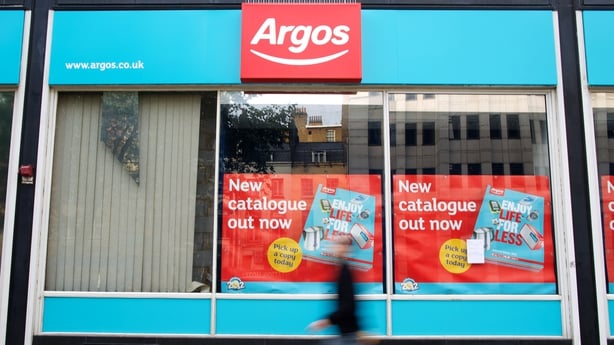 Morrisons and market leader Tesco have been setting the recent pace in UK sales growth terms in a sector where inflation has returned this year.

However, Morrisons and Tesco are both in turnaround mode after going through disastrous periods while Sainsbury's market share has remained broadly stable over the last five years.

Its profits have still fallen however. Before today's update analysts were on average forecasting a 2016-17 pretax profit of £578m.

That would be a third year of declines in a row, despite the boost to earnings from the Argos deal.