The Swiss bank also said it was examining alternatives to a planned stock market listing of its Swiss business.

Chief executive Tidjane Thiam, who took over at Switzerland's second biggest bank just over 18 months ago, is shifting the group more towards wealth management and putting less emphasis on investment banking.

As part of his turnaround plans, the bank is looking to cut billions of dollars in costs and cut a net 7,250 jobs in 2016 with more to follow this year.

"We're setting a target now of between 5,500 and 6,500 for 2017," its chief financial officer David Mathers said in a call with analysts today after the bank published earnings.

The bank did not specify where the extra cuts would come but said this would include contractors, consultants and staff.

Credit Suisse said it was still preparing sell 20-30% of its Swiss business in an initial public offering but left the door open to alternative options to strengthen its balance sheet.

It said a flotation depended on market conditions and board approval.

"So we will continue as planned our preparations for an IPO in the second half of 2017," Thiam told analysts on the call.

"That said, we will also continue to analyse the evolution of our regulatory environment which is key in this and, as we always do, continuously examine a broad range of options to determine if there are ways to reach a more attractive risk/reward outcome for our shareholders," he added. 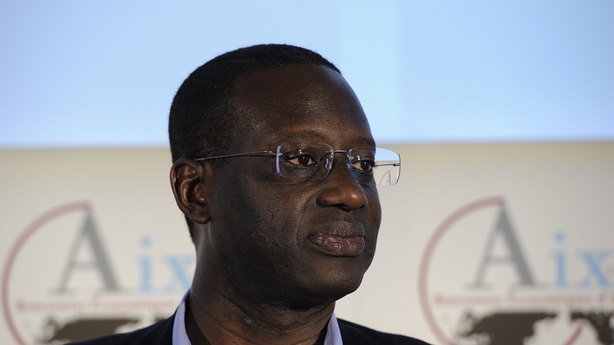 For the fourth quarter, Credit Suisse reported a 2.35 billion franc net loss, largely on the back of a roughly $2 billion charge to settle US claims the bank misled investors in the sale of residential mortgage-backed securities.

The average estimate in Reuters poll of analysts was for a quarterly net loss of 2.01 billion francs.

Nevertheless, Credit Suisse proposed an unchanged dividend of 0.70 francs per share, in line with market expectations.

In wealth management, Credit Suisse said it suffered net outflows in the fourth quarter due to clients pulling cash to participate in tax amnesty programmes and a decision to drop certain external asset managers.

The bank said all its wealth management divisions had seen positive inflows year to date.

At the end of the fourth quarter, Credit Suisse's common equity Tier 1 capital ratio, an important measure of balance sheet strength, was 11.6%, down from 12% in the third quarter but ahead of market expectations.