Global chief executives are more confident about the economy and the near-term prospects for their companies than they were a year ago, a new survey shows.

But the impact of recent political upheavals tops their list of longer-term concerns.

A PricewaterhouseCoopers (PwC) survey of nearly 1,400 CEOs released ahead of the World Economic Forum in Davos, found that 29% expected global economic growth to pick up in 2017.

The survey found 38% were very confident they could increase revenue growth in the next year, up from 35%at the same time last year, which was a six-year low.

Last year's outlook was particularly gloomy due to two years of falling oil prices and slowing growth in China, as well as uncertainty about the next US president, Bob Moritz, PwC's global chairman, told Reuters.

Although Donald Trump's election is a dramatic shift, some bosses expect business-friendly policies like corporate tax cuts and lighter-touch regulation.

They are also more optimistic about their own ability to navigate the immediate unknown.

"They are more concerned about more things, as the world has become more complicated. The risks that they are worried about are longer-term risks," Moritz said.

He added that the survey only reflected the next 12 months, which is too soon to feel the full implications of a Trump presidency or "Brexit".

The International Monetary Fund yesterday lifted its forecast for US economic growth in 2017 and 2018 based on President-elect Donald Trump's tax cut and spending plans, but said this would largely be offset by weaker growth in several key emerging markets.

Updating its World Economic Outlook, the IMF kept its overall global growth forecasts unchanged from October at 3.4% for 2017 and 3.6% for 2018.

Adding to the rising confidence in the short term is evidence of the resiliency of the business environment in Britain after its vote last year to leave the European Union.

The British pound is down about 19% to the US dollar, giving a boost to domestic industries as imported goods have become more expensive and exports cheaper. 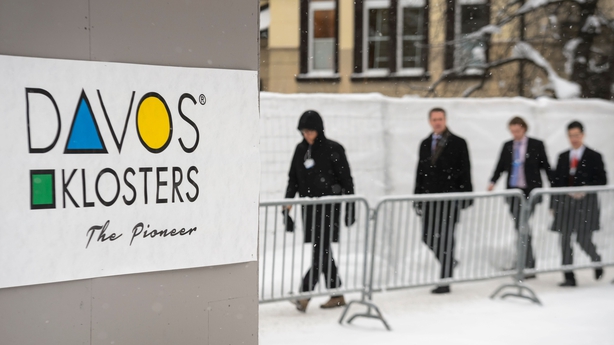 UK manufacturing grew at its fastest pace in two and a half years last month, adding to signs that the economy ended 2016 strongly.

Even though economists expect some inflation in prices in Britain this year to make up for the higher costs, which could pressure budgets, PwC said 41% of UK bosses were very confident of their revenue growth in the near term.

When it comes to plans for hiring, PwC said UK CEOs were among the most ambitious, with 63% expecting to add headcount in the next 12 months, despite questions over the rights of EU citizens to work in Britain following the split from Europe.

Globally, more than half the CEOs said they expected to increase headcount this year, up from a year earlier.

Aside from Britain and the US, other countries with above-average confidence include Brazil, off a very low base last year, and India, the world's most optimistic.

Despite this year's uptick, CEO confidence remains slightly lower than in 2014 and 2015, and a long way below what it was before the global financial crisis.

The main difference is that now worries are political not economic.