The government recorded a deficit of €3.1 billion (-1.6%) for the first nine months of 2016, according to latest figure from the Central Statistics Office.

The main driving factor, a 4.6% increase in taxes and social contributions, was partially offset by a reduction in investment income.

The CSO figures also show expenditure levels of government increased by €734m (1.4%) when comparing the first nine months of 2016 and 2015. 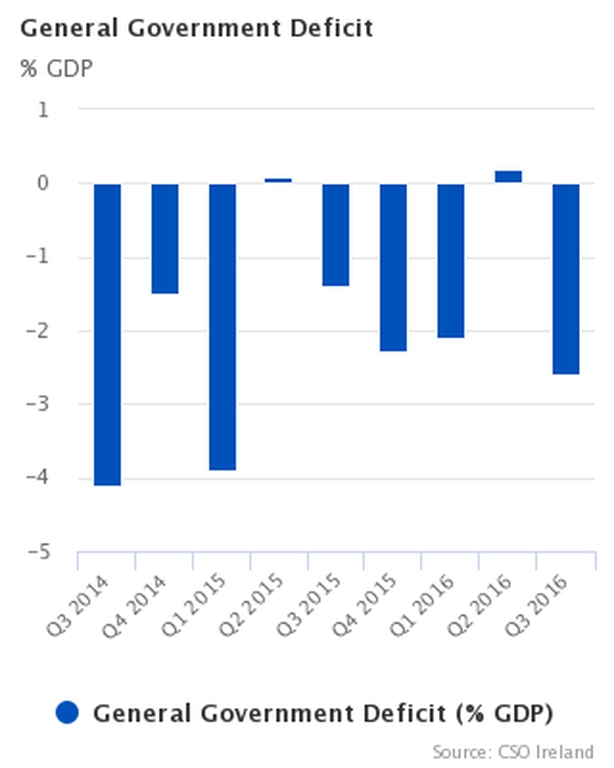 €500m in supplementary health spending announced in June accounted for the bulk of the spending increase.

The fall in the ratio was primarily due to increased GDP.