Volkswagen's admission that some of its diesel vehicles were fitted with devices which hid their true level of emissions has sparked a global regulatory push to combat excessive pollution and intense scrutiny of the carmakers.

Shares in Renault fell more than 4% to their lowest level in around a month after a source at the Paris prosecutor's office said it had launched a judicial investigation into possible cheating on exhaust emissions at the French carmaker.

Its shares later recovered some ground.

The French clampdown follows allegations by the US Environmental Protection Agency (EPA) on Thursday that Fiat Chrysler, like Volkswagen, was using illegal software to hide excess diesel emissions.

The European Commission said it had been informed about the "worrying" EPA allegations and would look at what implications they might have for the European Union.

"We will now work with the EPA, national member state authorities and of course Fiat in order to establish potential implications for vehicles sold in the EU," it said.

The European Commission has limited powers to force polluting cars off European roads, since vehicle licensing in the EU is still conducted on a national level.

Britain said it was urgently seeking information from the EPA over its allegation that Fiat Chrysler used hidden software to allow excess diesel emissions to go undetected. 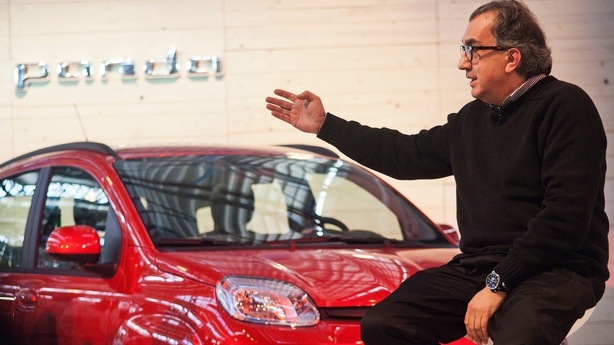 Fiat Chrysler Chief Executive Sergio Marchionne angrily rejected the allegations yesterday, saying there was no wrongdoing and Fiat never attempted to cheat emissions rules with software detecting a vehicle was in test mode.

Fiat's volatile shares surged 7% in Europe, after falling sharply in US trading yesterday, and were trading 3.5% higher shortly before midday.

Thecarmaker's stock has risen by around 70% this year since Donald Trump's election, on expectations of less stringent emissions policies under the next US administration.

But carmakers continue to face scrutiny in Europe.

Earlier this week the European Commission called on Italy to cooperate with a German probe investigating allegations that the Fiat500X, Fiat Doblo and Jeep Renegade models were equipped with illegal cheating software. Fiat rejects the allegations.

Germany's motor vehicle authority KBA began testing the vehicles of several foreign manufacturers as part of a blanket probe of vehicle emissions after the Volkswagen scandal first came to light.

And the country's transport ministry asked the European Commission to investigate Fiat's emissions after being stonewalled by Italian authorities.