Britain's telecoms regulator will go to the European Commission to try to force BT to legally separate Openreach, the division that supplies broadband to millions of homes and businesses, in a major reform aimed at spurring investment in the country's ageing network.

The regulator, which despite Britain's vote to leave the European Union still needs European Commission support to force through change at Openreach, wants BT Openreach to plough more money into upgrading its copper networks to fibre to catch up some European rivals and the likes of South Korea and Japan.

Ofcom's decision to up the ante follows the failure to reach a voluntary deal after more than a year of talks.

It said it was "disappointed" that BT had not done enough to separate Openreach from the rest of the group. It had ordered the former state monopoly to run the network arm as a legally separate company in July.

"Some progress has been made, but this has not been enough, and action is required now to deliver better outcomes for phone and broadband users," the regulator said.

Shares in BT rose 1.7% to 356 pence by 11.59am, with analysts saying that the prospect of a long legal tussle in Europe and uncertainty over how Brexit may affect this effectively bought BT time to reach a deal. 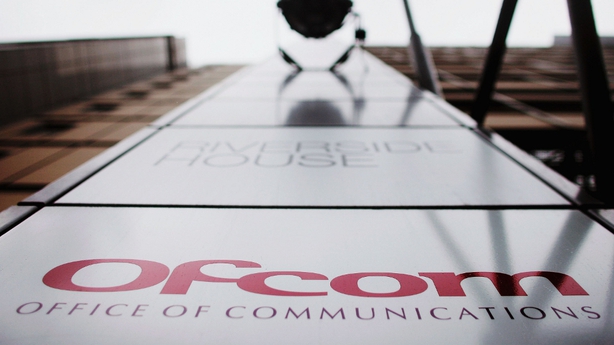 Citi said in a note that it was positive that Ofcom had stopped short of breaking up the company, while Accendo Market's Mike van Dulken said that "BT shares have bounced back to positive territory on hopes that Europe, for all its red tape, will actually complicate the matter and delay the process".

BT's rivals, including Sky, TalkTalk, Vodafone, say Openreach delivers poor service, does not invest enough in the network, particularly in fibre optics which currently connect only 2% of premises, and is run to serve BT's bottom line rather than the interests of Britain's broadband needs.

TalkTalk said Openreach had become a household name "for all the wrong reasons".

"We do not think legal separation goes far enough to deliver the broadband consumers deserve, (but) it is at least a step in the right direction," TalkTalk CEO Dido Harding said in a statement.

Shares in TalkTalk rose 4.2% as analysts said a more transparent Openreach would show whether it and other smaller providers had been paying over the odds for access to the network.

BT has taken steps to make Openreach more independent and transparent, and yesterday appointed former Ofcom board member Mike McTighe as the first chairman of a new independent Openreach board.

"(The board) will ensure that Openreach treats all customers equally whilst investing in better service, broader coverage and faster speed broadband," BT said.

It said it believed its proposals were fair and sustainable and met Ofcom's objectives without disproportionate costs.

But it has been reluctant to surrender ultimate control over Openreach.

It said two issues were outstanding: the reporting line of the Openreach CEO and the form of legal incorporation.

Ofcom said BT's proposals did not go far enough in transferring people and assets, and in reducing the level of influence that BT Group could still exert on Openreach.

It said it remained open to BT bridging the gap between its proposal and what is required to address its "strong competition concerns".

"We will continue to work with Ofcom to reach a voluntary settlement that is good for customers, shareholders, employees, pensioners and investment in the UK’s digital future," it said.

BT has said Ofcom's proposals to separate its assets and people would have a damaging impact on its pension, which is the largest private-sector scheme in Britain and which had a deficit of £7 billion when last measured in 2014.

Ofcom said the pension issues could be overcome, with a number of possible mitigations available.