Britain's economic growth has been confirmed at 0.5% in the third quarter, the Office for National Statistics said.

In its second estimate of gross domestic product, ONS figures confirmed that the economy escaped a major slowdown in the three months after the Brexit vote thanks to a strong performance from Britain's powerhouse services sector.

The ONS said that the numbers showed "limited effect so far from the referendum".

Today's ONS figures also show that business investment grew in the three months following the Brexit vote, despite fears that it would take a major hit in the wake of the referendum.

Business investment rose 0.9% to £44.2 billion in the third quarter, compared to £43.8 billion over the previous three months. The rise has been attributed to an increase in building investments.

However, on a year-on-year basis, business investment dropped 1.6% from £44.9 billion to £44.2 billion, marking the third consecutive annual decline.

"Investment by businesses held up well in the immediate aftermath of the EU referendum, though it's likely most of those investment decisions were taken before polling day," the ONS said.

"That, coupled with growing consumer spending fuelled by rising household income, and a strong performance in the dominant service industries, kept the economy expanding broadly in line with its historic average," it added.

The news comes days after it was revealed that the British economy is set to take a hit of almost £60 billion over the coming five years as a result of the vote to leave the European Union. 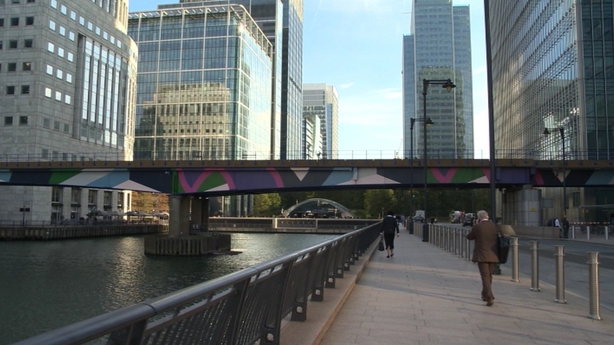 The OBR said the UK government could be expected to borrow £122 billion more over the five years to 2020/21 than it predicted at the time of the Budget in March.

Some £58.7 billion of that total was directly attributable to the referendum result and the cost of leaving the EU.