The Central Bank has said it will act if there is a "rapid increase in house prices" after announcing changes to mortgage lending rules for first-time buyers.

The Central Bank is to remove the €220,000 cap on mortgage lending for first-time buyers who have a deposit of 10%.

He said the measures were designed to ensure there was financial stability.

"If we see a material threat to financial stability we will act. If there is a rapid increase in house prices there will be a response from the Central Bank," the Governor said.

Professor Lane said the rules contained "ceilings" on lending limits but these should not be seen as "targets".

He added that both mortgage applicants and the banks needed to do their own risk assessments.

He said the rules would be reviewed annually but the framework would be a permanent feature of the system and that the changes were not a radical overhaul of the rules.

The amendments mean that first time buyers will be able to borrow up to 90% of the value of a home, with borrowers needing a 10% minimum deposit.

However, the 20% minimum deposit requirement continues to apply to second and subsequent buyers.

.@davidmurphyRTE is the first to break the news of the changes to the Central Bank’s mortgage lending rules pic.twitter.com/qE5nSOHnwt

The Central Bank said that the 3.5 times ceiling on the loan to income (LTI) ratio remains unchanged.

After what it called an extensive consultation and evaluation process, the Central Bank also announced changes to the structure of the proportionate Loan-to-value allowances.

It said that 5% of the value of new lending to first time buyers will be allowed above the 90% LTV limit.

20% of the value of new lending to second and subsequent buyers for homes will be allowed above the 80% LTV limit.

This replaces the current requirement which allows 15% of total lending for homes above the LTV limits. 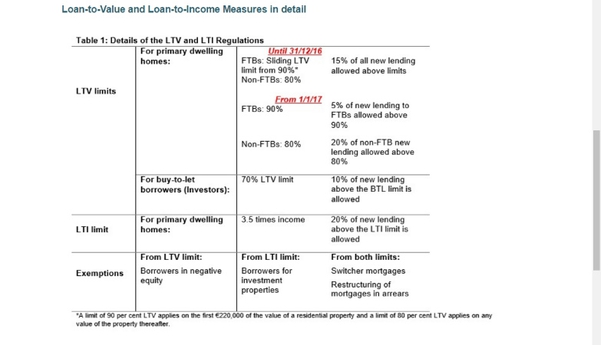 The Central Bank also said that the current two-month valuation period will be extended to four months. It said this was in recognition of the fact that a portion of house sales can take longer than the average three months to conclude.

All changes will be effective from 1 January 2017.

The Central Bank said its review of the mortgage rules affirms that the overall framework is appropriate.

It added that the measures are contributing to financial and economic stability, reducing the risk of unsustainable lending and borrowing.

"Over the past 18 months, the measures have helped to ensure that those who buy homes are better prepared to manage their mortgage payments in the event of a future downturn in the economy or in the housing market," commented Mr Lane. 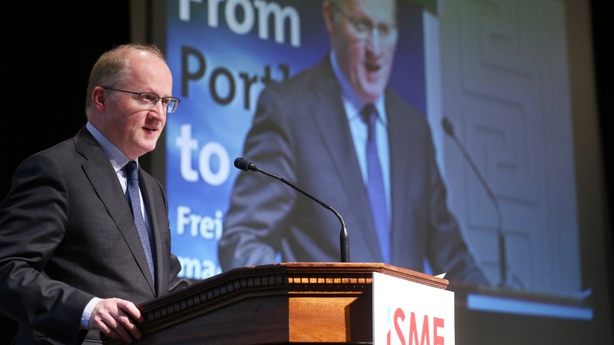 "While our review process affirmed the value of the overall framework, some modifications to the measures were suggested by our evidence-based analysis," he added.

The mortgage measures had been introduced in February 2015 to enhance the resilience of both borrowers and the banking sector.

Details of the changes had been expected at about 2.30pm, but the Central Bank inadvertently published them on its website just before 1pm.

Earlier, Minister for Finance Michael Noonan confirmed he had been told by the Central Bank about any possible changes to its mortgage lending rules following a review.

He said he would leave it to Mr Lane, to announce the results later at a press conference.

Asked whether he was happy with what he had heard from the Central Bank, the minister said he would "let the announcement speak for itself" but he was "not unhappy, certainly".

Speaking later in the Dáil, Mr Noonan said he hopes the Central Bank's modifications to the prudential rules will help people get deposits together for homes.

The Society of Chartered Surveyors Ireland has welcomed the decision by the Central Bank to ease the deposit rules.

However, the SCSI also pointed out that sourcing the required deposit and mortgage is just one part of the equation and much more needs to be done on the supply side.

Meanwhile, financial broker group PIBA said it was disappointing that non-first-time buyers do not benefit from the changes.

Fianna Fáil's finance spokesman Michael McGrath gave a cautious welcome to the changes but said his party's concern surrounds the combined effect of the changes with the Help-to-Buy scheme and how this would impact the price of new homes.

"The reality is there is a very limited supply of new homes on the market and so, first-time buyers are now in a much stronger position to come up with the level of deposit that is required, but with such a limited stock of new homes, then I think there will be intense competition among first-time buyers now."

He said it is unfortunate there were no changes for those wishing to trade up, adding he believes there will be a lot of disappointment.