US insurer AIG may move its European headquarters from London to another EU country - possibly Ireland - because of Britain's vote to leave the EU.

This is according to the head of AIG's European and UK operations. He made his comments at an industry conference in London today.

AIG joins a growing list of finance industry companies that have said they may have to shift operations to continental Europe to maintain links to customers after Brexit.

Speaking at the same conference, UK trade minister Mark Garnier said the government was listening to the financial industry's concerns over Brexit.

"We will aim to limit uncertainty surrounding business," Garnier said.

Banks, insurers and asset managers in Britain fear losing access to the EU's single market, and a damaging "cliff edge" effect of leaving the bloc if there are no transitional arrangements ahead of any new trading terms agreed with the EU.

Anthony Baldwin, chief executive of AIG's European and UK arms, said the group might decide in the coming year to move its European head office from London to an EU country after Brexit, though it would still maintain a big London hub. 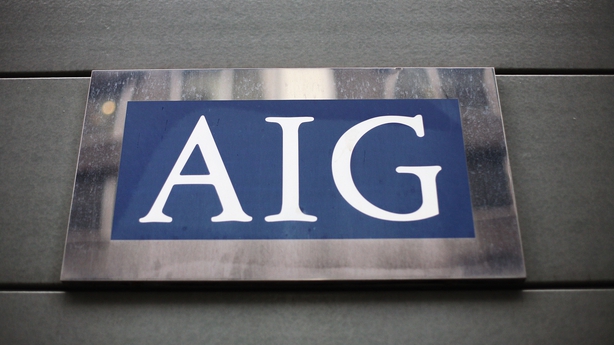 Baldwin told reporters on the sidelines of the conference he was looking at half a dozen locations, including Dublin, though the impact on staffing would not be material if the headquarters moved out of London.

"At a certain point in time you have to pull the trigger in the absence of any clarity on where negotiations are going with the transition period," Baldwin told the conference.

"We will always continue to have a big London hub but we might have a European headquarters elsewhere," he said.

The Lloyd's of London insurance market, underwriters Hiscox and Beazley, and motor insurer Admiral have also said they might shift operations from London to centres like Dublin.

Huw Evans, director general of the ABI, said the insurance industry should not moan about the Brexit vote, but instead engage with politicians to find a way forward and minimise risks to the sector.

British Prime Minister Theresa May has said she will start formal divorce talks with the EU by the end of March.

"That timetable has not changed," Garnier said today.