The Central Bank was only consulted on whether the Government's tax rebate would be a valid contribution towards a first time buyer's deposit, it has emerged.

The bank's Governor Philip Lane wrote a response to Fianna Fáil's finance spokesman Michael McGrath about the issue in which he made the remark.

Last week, the Government altered another part of the 'help-to-buy' scheme following concerns from the Central Bank.

The development was controversial because the Finance Minister Michael Noonan had earlier indicated the Central Bank's support for the scheme.

However, in a letter seen by RTÉ News, Professor Lane said: "I was consulted only on the specific issue of whether a tax rebate would qualify in meeting the deposit requirement for first time buyers."

Professor Lane also welcomed the Government's alteration of the scheme when it published the Finance Bill last week.

"The reduction in the minimum deposit condition from 80% to 70% is a positive step in mitigating the risk of additional household borrowing in response to the scheme," he stated.

In his letter, the Central Bank Governor said the standard criticisms of any subsidy was that it could displace activity which would still occur in the absence of a scheme. 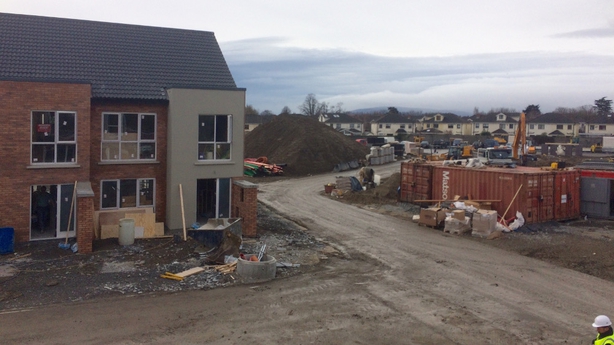 "Some fraction of the households receiving the subsidy would have bought the same property in the absence of the scheme", he stated.

"If there is insufficient supply response, raising demand in a given segment of the housing market will just tend to put upward pressure on prices, with the sellers of properties effectively gaining more than the recipients of the subsidy," he added.

However, the Central Bank Governor pointed out the existence of the subsidy may help developers who can not get financial support from banks or shareholders to build starter homes.

He also highlighted the fact that first time owner occupiers bought 756 new homes out of total sales of 2,368 new homes in 2015. This is according to figures from the Central Statistics Office.