The Co Wicklow-based Ardmore Studios has been put on the market for sale as a going concern.

The majority shareholders in the company - former accountant for U2 Ossie Kilkenny, and the band's former manager Paul McGuinness - have owned the studios for nearly 30 years.

IBI Corporate Finance is acting for Ardmore in the sale process. The asking price has not been disclosed, however, it would be expected to fetch around €15m.

The 18-acre site in Bray has seen around €2m investment in recent years to enhance its facilities and has recorded a profit of €1.6m last year.

Ardmore Studios, which opened in 1958, says it is the only media hub in Ireland capable of providing production, post-production and support services for full-length feature films and TV productions.

The studios have been home to a number of high-profile productions in the past - including Oscar winner Braveheart; My Left Foot; and more recently, Moone Boy and Penny Dreadful.

Productions currently on site include The Professor and The Madman, and Into the Badlands, while in its statement the company claims a "healthy number of potential productions are in the pipeline for the coming months and year ahead".

Earlier this year it also expanded its studio footprint and opened The Film Factory, a 47,000 sq ft facility in Bray to provide additional studio space to cater for market demand. 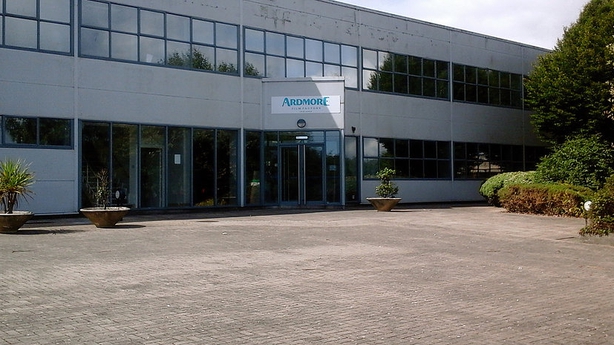 The sale is not expected to impact on day-to-day operations of the studios.

The majority shareholders, together with Enterprise Ireland (an original shareholder), say they "believe the time is right for the sale", highlighting the company's profitability and the Section 481 tax incentive scheme as "a key attractor for international productions".

Both Mr McGuinness and Mr Kilkenny say they will continue to explore a number of other individual business interests.

Mr McGuinness is currently producing a TV series for Sky, while Mr Kilkenny "has a variety of film-related enterprises".