Latest Central Statistics Office figures show the value of Irish exports rose by €1.4 billion (+16%) to €10.2 billion in August, when compared with the previous month.

In unadjusted terms, the value of exports in August was 17% higher than the same month last year, at just above €10 billion. 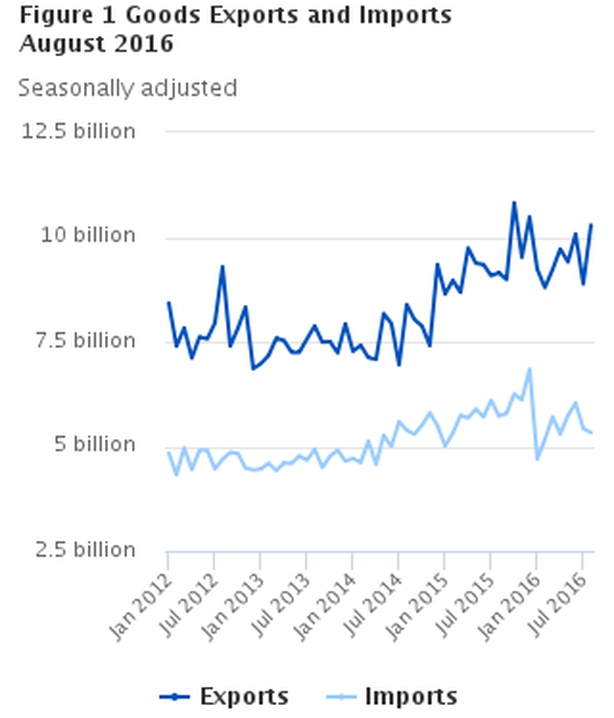 According to the CSO, the European Union accounted for over half (€5.12 billion) of Irish exports in August, of which €1.58 billion went to Belgium, and just over €1 billion to Great Britain.

The USA was the main non-EU destination, accounting for €2.5 billion (25%) of total exports during the month.

On the source of Irish imports, 59% came from the EU in August.

Commenting on the figures, Alan McQuaid from Merrion Economics said: "One can only speculate as to how Brexit will impact Ireland in the coming months and years, but there is likely to be a negative impact on trade.

"The UK is the second-largest single country for Ireland’s goods and the largest for its services.

"At the same time, Ireland imports 30% of its goods from the UK. While the UK might only account for 16-17% of Ireland’s total exports, 30% of all employment is in sectors which are heavily related to UK exports."