Workers in Ireland are paying the higher 40% rate of income tax before their salaries reach the average industrial wage, according to a study by the Irish Tax Institute.

Ahead of next month's budget, the organisation says rates of taxation escalate rapidly as wages rise in comparison with other countries.

It has called on the Government to adopt a long-term approach to changing the tax system, instead of a budget-by-budget system.

It said workers on salaries of €55,000 here pay more tax than those in Sweden, Spain and Switzerland.

They also pay €800 more annually than equivalents in the UK.

The Tax Institute said earners move from the 20% rate of tax to the 40% rate at relatively low incomes. 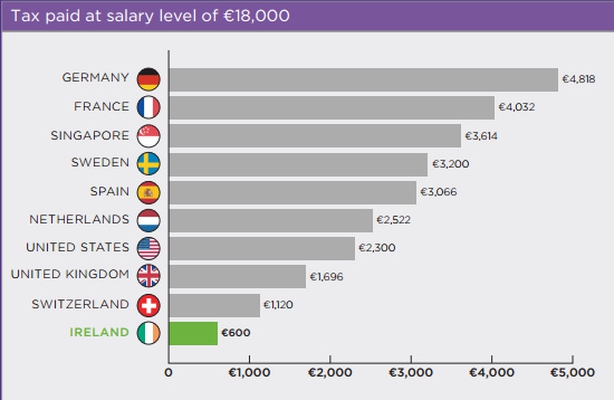 That means people who earn less than the average industrial wage hit the top rate of income tax of 40%.

President of the Institute Mark Barrett said: "The budget-by-budget approach to personal taxes over nine consecutive budgets has led to some unintended consequences in the personal tax system and has created peculiar traits across all salary levels; including lower, middle and higher income levels." 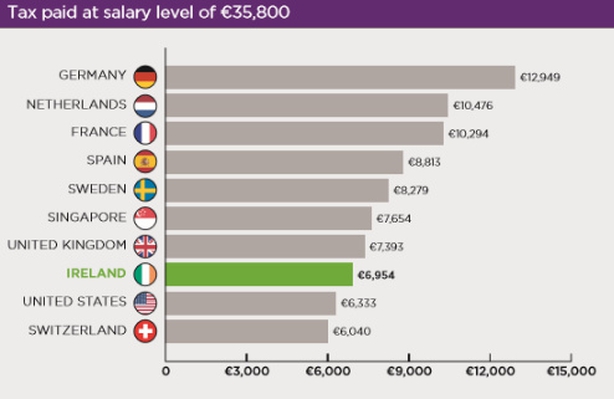