According to the figures from the Central Statistics Office, in unadjusted terms there were 316,296 people signing on the Live Register in August – an annual decrease of 42,780 (-11.9%). 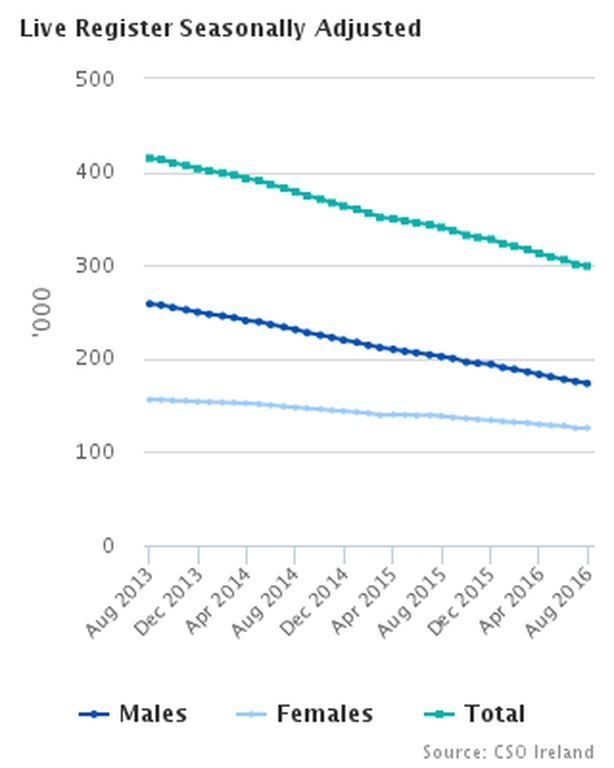 Yearly decreases in under 25s on the register have happened in all months since July 2010.

This age group now comprises 12.5% of the Live Register.