Revenue at Paddy Power Betfair rose by 18% to £759m (€885m) during the first half of the year, with double-digit growth recorded across all of its four divisions.

Online revenue at the betting company was 20% higher at £440m (€513m), with stakes on the sportsbook rising by a fifth.

These are the first set of half-year results for the new company, which was formed in February after the £6 billion (€7 billion) merger of traditional bookmaker Paddy Power and online betting exchange operator Betfair. 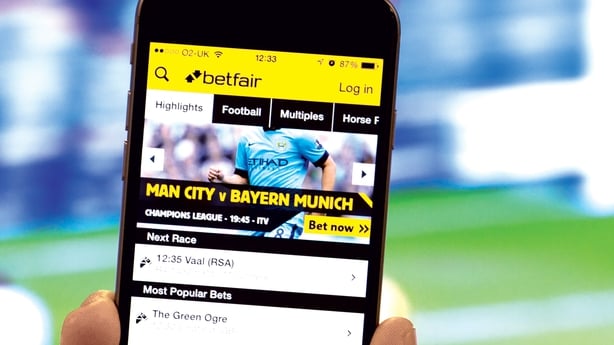 The company said integration following the merger is “progressing ahead of plan with the majority of actions already completed”, with cost synergies of £65m (€76m) expected in 2017 – a year earlier than originally thought.

The process of combining global operations includes up to 300 job cuts in Ireland.

He added: “We are creating a world-class operation by exploiting the unique assets and capabilities of each legacy business, particularly in the key functions of technology, marketing and trading.

“While our industry remains highly competitive and is exposed to the prevailing economic and regulatory environments, our strong market positions, increased scale and enhanced capabilities position us well for sustainable, profitable growth".

Shares in the company are 1.46% lower in early afternoon trade in Dublin.

Paddy Power co-founder steps down from board

Paddy Power Betfair also announced today that Stewart Kenny has decided to step down from his role as Non-Executive Director on the board.

Mr Kenny co-founded Paddy Power in 1988 and was Group Chief Executive until 2002 when he retired from his executive role.

He was Chairman from 2002 to 2003 and has remained on the board as a Non-Executive Director for the past 13 years.

Commenting on Stewart's decision to step down, Chairman of Paddy Power Betfair Gary McGann said: "After 40 years in bookmaking and 28 years' involvement with this business, Stewart has an enviable record in the industry and leaves a great legacy.

“He was instrumental in creating a highly successful international business from a small domestically-focused retail operation at inception. Stewart, more than anyone, positively influenced the culture of the business.”