South Korean carmaker Hyundai slipped to its tenth straight profit drop in the second quarter and warned of a tough second half in store as it soaks up stiff competition and shrinking demand for its mainstay sedans in the United States.

The world's fifth-biggest carmaker, together with affiliate Kia Motors, said its April-June net profit slipped 2.6% to 1.66 trillion won (€1.33 billion) from a year ago.

That was just below a consensus forecast of 1.67 trillion won from a Reuters' poll of 19 analysts.

Over the past couple of years, the manufacturer has bet on new versions of former hit saloons to help it reverse out of its long-term profit slowdown.

But low oil prices have steered United States consumers - the firm's second-biggest market -back to fuel-heavy sport utility vehicles and pick-ups, hitting Hyundai harder than peers like General Motors because of its saloon focus.

"We expect competition to intensify in the US market in the second half," Zayong Koo, Hyundai vice president in charge of investor relations, told an earnings conference.

Mr Koo said sales incentives to coax buyers into showrooms jumped in the first half, without saying how much the promotions cost Hyundai.

"The quality of US sales deteriorated in the first half," Mr Koo said, noting Hyundai sold more vehicles for corporate fleets in the half - cars that carry lower profit margins. 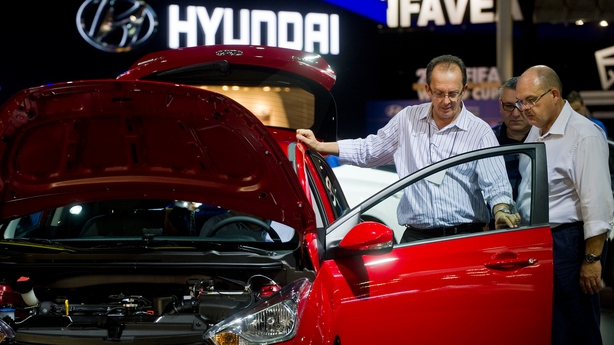 Hyundai warned its outlook for the second half had been made more uncertain by Britain's 23 June vote to leave the European Union, clouding business prospects. The firm also has problems at home: It suffered partial strikes for four days last week in a dispute with the trade union that represents most of its domestic workforce.

The carmaker said revenue rose 8% in the second quarter from the same period a year ago to 24.68 trillion won, while operating profit inched up 0.6% to 1.76 trillion won during the period.

That reflected a 4% increase in Hyundai's global vehicle deliveries in the period to 1.29 million vehicles, driven by a rebound in China, the world's biggest car market.

Hyundai has the highest sales exposure among major carmakers to emerging markets like Brazil and Russia, and weakness in those countries has been a long-standing problem.

Sales from its Brazil factory slipped 6% in the second quarter, Hyundai said.