Britain's vote to leave the European Union will weigh on the outlook for growth in the euro area next year and the year after, a European Central Bank survey showed today.

According to the ECB's regular quarterly survey of professional forecasters, euro zone growth is expected to average 1.6% this year, unchanged from an earlier prognosis.

In a previous survey in April, forecasters had been pencilling in a growth rate of 1.6% for next year and 1.7% for the year after.

"Based on the qualitative comments provided by the respondents, these revisions largely reflect an expected negative impact on the euro area from the UK referendum result," the ECB wrote.

In a seismic vote on June 23, 52% of people in the UK voted in favour of Brexit, despite widespread warnings of dire economic consequences.

While financial markets appear to have stabilised from the initial shock, forecasters are concerned that the full impact will begin to make itself soon.

Turning to the inflation outlook for the 19 countries that share the euro, the ECB survey saw a slight downward reduction in experts' inflation forecasts.

Compared with the previous survey, that represented a slight downward revision of 0.1 percentage point for both next year and the year after.

The ECB, which regards an inflation rate of close to but just under 2% as conducive to healthy economic growth, has rolled out a series of measures in recent years to drive up the single currency bloc's chronically low inflation rate. 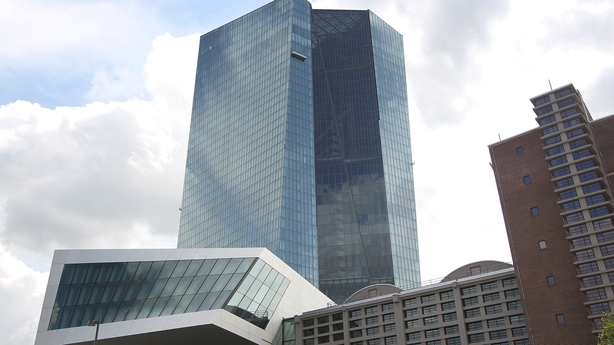 At its policy meeting yesterday, the ECB kept its key interest rates at their current all-time lows.

The ECB Survey of Professional Forecasters (SPF) collects the views of experts affiliated with financial or non-financial institutions based within the European Union.

While the ECB insists that the survey results do not represent the views of its staff and decision-making bodies, the SPF survey usually provides an indication of where the ECB's own forecasts - scheduled for release on September 8 - are headed.

The latest survey was conducted between June 30 and July 6, after the Brexit referendum, and there were 51 respondents, the ECB said.

Meanwhile, consumers in Spain, Italy and Poland are more worried about the impact on their economies of Britain's vote to leave the European Union than the British are themselves, a survey has showed.

Of the more than 7,000 consumers polled by market research firm Mintel, 48% of Spanish respondents believed Brexit would have a "somewhat" or "extremely" negative impact on their economy, as did 41% of Italians and Poles.

Consumers in all three countries are worried that the vote will have a negative impact on their national employment levels.

Mintel said 39% of British consumers saw a negative impact, while 25% believed it would have an "extremely" or "somewhat" positive impact on the economy.

The Bank of England said earlier this week that businesses it had spoken with had seen little change in spending patterns so far, but a closely watched survey by polling company GfK showed one of the sharpest falls in consumer morale in over 20 years.

UK consumer spending has been a major driver of Britain's economic expansion over the past three years, but economists now see on average a 60% chance that the Brexit vote will tip the economy into recession.