The UK government has scrapped plans to sell stakes in Royal Bank of Scotland and Lloyds Banking Group this year in the wake of the Brexit vote, sources said.

This decision is set to leave a multi-billion pound hole in the country's public finances.

The UK Treasury had planned to further reduce its exposure to the banks it took over during the financial crisis, by raising £9 billion via sales of stock to fund managers and a discounted offer to the public.

However, the market upheaval and economic uncertainty triggered by Britons' vote last Thursday to leave the European Union has forced policymakers to shelve disposal plans until 2017 at the earliest.

This is according to sources close to the Treasury, Reuters reports.

The UK finance ministry is braced for a prolonged period of market volatility which it said would make it hard to judge if any sale would achieve value for taxpayers, according to the sources.

"It is going to take quite a while for us to understand the implications for the banks before we could even consider starting to sell," one of the sources said.

While decisions to put financial asset sales on ice will be seen as pragmatic by many, the delays have serious consequences for government coffers.

The political and economic uncertainty also risks delaying government plans to sell a portfolio of $15.65 billion of loans held by Bradford & Bingley, a mortgage bank also nationalised during the financial crisis, one of the sources said.

Many of those loans were buy-to-let mortgages.

For each month the government holds onto the stakes, UK taxpayers must shell out about £200m in additional interest on the debt used to buy the holdings at the height of the financial crisis in 2008, according to data from the Office for Budget Responsibility.

UK Financial Investments, which manages the government's stakes in the banks, and the Treasury declined to comment.

Lloyds said the timing of any share sale was a matter for the government and RBS declined to comment.

The Treasury currently owns 73% of Royal Bank of Scotland (RBS) and 9% of Lloyds. 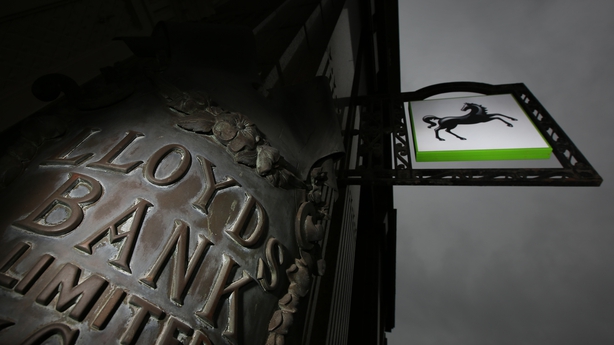 Shares in both banks have fallen over the past two trading days by the most since the global financial crisis as Britain's vote to leave the EU sent shockwaves through financial markets.

The British government has so far only managed to recoup just over half of the £133 billion it spent rescuing the banks.

A six-month programme to drip feed Lloyds' shares into the market is due to expire on June 30 and there are currently no immediate plans to extend it, the sources said.

British Finance Minister George Osborne had planned to sell about £2 billion of Lloyds shares to private retail investors later this year and sell some shares to institutional investors in a sale aimed at returning the bank to full private ownership.

He had also planned to sell £5.4 billion worth of RBS shares by the end of this year.