The ECB has been easing policy aggressively to boost growth and inflation in recent years with little to show for its efforts, fuelling arguments that monetary policy was at its limits and governments needed to help out.

"We do not let inflation undershoot our objective for longer than is avoidable given the nature of the shocks we face," Mario Draghi told the Brussels Economic Forum.

"For others, it means devoting every effort to ensuring that output is returned to potential before subpar growth causes lasting damage," he said.

"There are many understandable political reasons to delay structural reform, but there are few good economic ones. The cost of delay is simply too high," he added.

The euro zone grew by just 1.6% last year with much of the expansion coming from the ECB's stimulus and growth is expected to flatline over the next several years with inflation also holding below the ECB's target of close to 2%.

Draghi said growing below potential for too long actually reduced the economy's potency because instead of output rising towards capacity, potential would fall towards the actual output, permanently embedding low growth.

"Given the harm that has already occurred to potential growth during the crisis, it also means (a need for) acting decisively to raise potential," Draghi said.

Singling out areas for improvement, Draghi said the euro zone was lagging behind in innovative capacity, particularly in the services sector.

He also said the euro zone needed to utilise the latent potential in its labour force, which can be unleashed with appropriate labour market and activation policies.

Coordinated economic policy would produce more growth and jobs in the euro zone but such coordination faces a problem of trust between governments.

This is according to French central bank Governor Francois Villeroy De Galhau.

He said the cost of lack of sufficient policy coordination since 2010, when the sovereign debt crisis started, was several points of gross domestic product and millions of jobs for the 19-countries sharing the euro.

"There is a trust issue," Villeroy De Galhau told the Brussels Economic Forum. 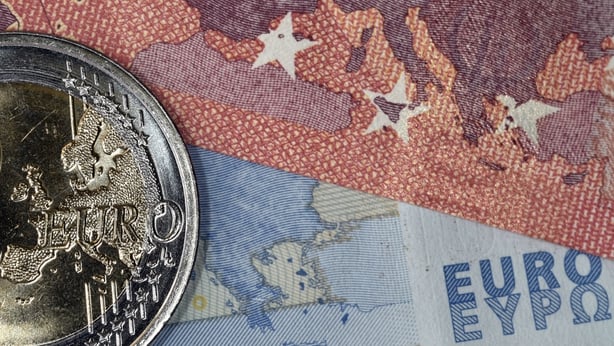 "When the French speak of economic coordination, or stronger economic governance, as they have done for decades, the Germans have very often a suspicion that it is a new French trick to avoid domestic reforms."

"Perhaps this suspicion is sometimes not completely unfounded," he added.

He said that this trade-off between domestic reforms and economic policy coordination at the European level, which has been there for the last 20 years, should end.

"We need both, but for that we needed a trusted institution to guarantee this end," he said.