More businesses are considering taking on new staff, while consumer sentiment has softened somewhat, according to the latest Bank of Ireland Economic Pulse.

The overall survey came in at 101.3 in May, representing a rise of 5.3 on April’s reading. 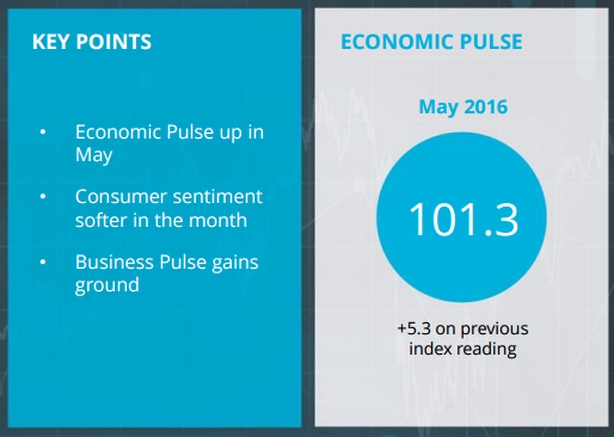 The Consumer Pulse fell 1.3 month-on-month in April to 94.3 as households scaled back their assessment of the economic situation over the past 12 months.

Commenting on the results of the Consumer Pulse, Group Chief Economist with Bank of Ireland Dr Loretta O’Sullivan said: “With the weather improving and schools finishing up, holidays are on the agenda for many households. 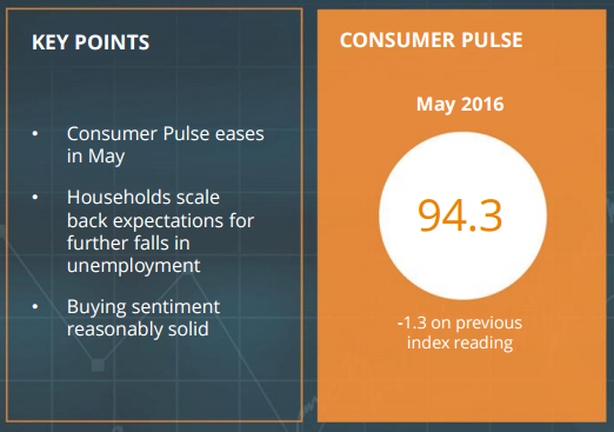 “Compared to last year, two in three are planning on spending the same or more on holidays this year.”

The Housing Pulse also eased back in May to 104.0. The majority of those surveyed continued to expect house price gains over the next 12 months, with around one in four anticipating increases in excess of 5%.

However, the Business Pulse rose seven points in May to 103.0. The Services and Retail Pulses registered strong readings, helped by a pick-up in hiring intentions. 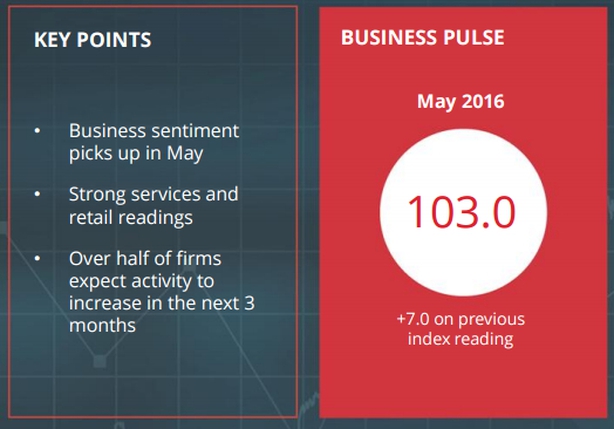 The Industry Pulse eased in the month though, as did the Construction Pulse.

The May survey findings also point to some pressures on the cost front, with 40% of businesses in industry, 34% in services, 38% in retail and 45% in construction indicating that input have increased over the last three months.

Ms O’Sullivan said: “CSO data published recently show that annual employment rose in all four sectors in the first quarter of 2016. The Business Pulse points to further job gains over the coming months.”

Meanwhile, The Bank of Ireland Regional Pulses, which bring together the views of consumers and firms in different parts of the country, show sentiment was up in three of the four regions in May.

The number of households expecting their financial situation to improve over the coming months continued to exceed those expecting a deterioration in all regions, though the margin was down slightly in the month in Munster and Connacht/Ulster.

House price expectations were also in positive territory in all regions in May (with Dublin leading the way), as was business activity.

Commenting on the Regional Pulse results, Ms O’Sullivan said: ”There was an annual increase in employment of 46,900 in the first quarter of 2016 according to the CSO, with almost half of the job gains outside of Dublin.

“The Regional Pulses indicate that firms across the country expect to hire over the coming months, which bodes well.”

Bank of Ireland is partnering with the European Commission on the research, with the data gathered by the bank feeding into the EU Commission’s Joint Harmonised EU Programme of Business and Consumer Surveys, a Europe-wide sentiment study running since the 1960s.

The Economic Pulse surveys are conducted by Ipsos MRBI on behalf of Bank of Ireland with 1,000 households and over 2,000 businesses.