The figures are contained in a special study - the first since 2009 - on pensions in the CSO's latest quarterly Household National Survey.

Today's figures show that 42% of workers said they expected an occupational or personal pension would be their main source of income when they retired.

But the proportion of workers who expected the state pension to be their main source of income rose from 26% in 2009 to 36% in the fourth quarter of last year - highlighting the deepening pension crisis facing the country. 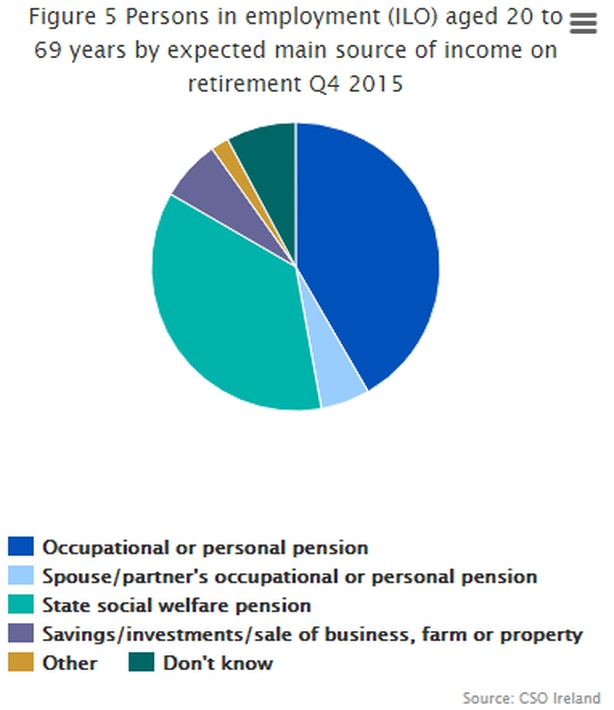 Today's figures show that more men than women had pension cover - with the level of coverage for male workers coming in at 47.2% and for female workers at 46.2%.

The CSO said that pension coverage was highest among workers aged between 35 and 44 years of age, standing at 55.3%.

Three out of every ten self-employed people had pension coverage in the three month period under review, down from a level of 36% in the same time in 2009. 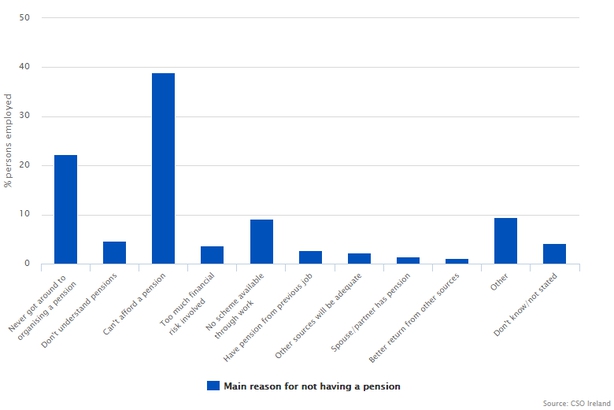 Meanwhile, 68% of workers said they intended to retire between the ages of 60 and 69 years of age, while 8% said they had no intention of ever retiring.

"More workers expect the State pension to be their main source of income in retirement. However, the changing population structure is likely to render the current level of our state pension unsustainable in the future.

"A system of auto-enrolment for all or most workers into pension plans provides a potential path to sustainable retirement for future generations. Doing this will improve participation rates and ultimately help to reduce the risk of future pensioners facing poverty," he added.