Russia has announced its return to the international bond markets for the first time since the West slapped it with sanctions over its role in the Ukraine conflict.

Russia's second largest bank VTB has been selected to arrange the bond issue, the finance ministry said in a statement, giving neither the timing nor the amount.

According to banking sources questioned by Interfax news agency, 10-year bonds were issued starting today with expected yields of between 4.65% and 4.90%.

The Russian authorities in 2010 returned to the international bond market for the first time since the 1998 default.

But they ceased all such operations after the first Western sanctions were imposed on Moscow due to its annexation of Crimea from Ukraine in March 2014.

The sanctions were sharpened after pro-Russian separatists launched armed combat in eastern Ukraine and a Boeing airliner carrying out a Malaysia Airlines flight crashed in the conflict zone in July 2014.

Since then the Russian government has continued to finance itself through weekly operations on the Russian market.

The US Treasury and the Department of State, questioned by financial institutions about Russia's plans, said in late February that underwriting a Russian bond issue would be risky, sources close to the bond issue told AFP news agency.

Among the Wall Street firms approached, only Goldman Sachs had responded but eventually backed out due to this warning.

Even though underwriting or buying the Russian bonds is not explicitly banned by the economic sanctions, the participation of US firms in such a transaction could lead to their funding areas prohibited by sanctions, according to regulators.

To reassure investors, the Russian authorities have insisted that the funds raised would be used for currency transactions such as paying back foreign debt or would fill the reserves of the central bank.

In other words, they would not be used through the budget to fund Russian entities that are under sanctions.

The Ukrainian crisis and the ruble's plunge in value due to the oil price have caused the Russian economy to sink into recession. 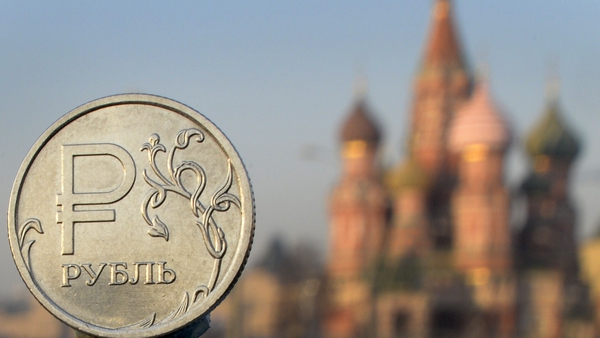