Smurfit Kappa has the highest effective tax rate amongst Ireland's largest companies, according to The Irish Times' Top 1,000 companies survey for 2016.

The paper and packaging giant paid €186m in tax last year on profits of almost €600m, giving it an effective tax rate of 31.1%

But the single biggest contributor to the exchequer was pharma company Medtronic, which paid €712m in tax on profits of €3.06 billion - an effective tax rate of 23%.

But CRH is once again the country's biggest company, according to The Irish Times, with a turnover of more than €23.6 billion last year, up 25% on 2015.

With the exception of last year, the building materials group had topped the list every year since its inception in 2002. Last year it was overtaken by Microsoft.

The US tech firm moved into second position in the 2016 rankings with turnover of over €19 billion.

Positive momentum in the US, as well as the addition of businesses acquired from rivals Lafarge and Holcim, has given a significant boost to CRH's revenue in recent months.

Power Management company Eaton Corp, which relocated to Dublin in 2012, took third spot on a turnover of over €18 billion.

Google in is fourth position in the rankings, while Medtronic is fifth. DCC, Allergan, Ingersoll-Rand, Dell Ireland and Apple Ireland complete the top ten.

The Irish Times said that naturally many of the largest companies also reported the biggest profits. 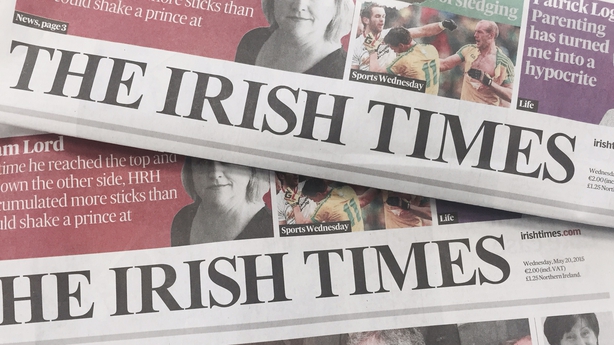 Medtronic reported the highest profits last year - over €3 billion - followed by the Central Bank with profits of over €2.2 billion for 2015