The Federal Reserve will likely raise interest rates in June if economic data points to stronger second-quarter growth as well as firming inflation and employment, according to minutes from the US central bank's April policy meeting released today.

That view, expressed by most Fed policymakers at the last policy meeting, suggests the central bank is much closer to lifting rates again than Wall Street expects.

Prices for futures contracts on the Fed's benchmark overnight lending rate implied that investors only saw a 19% chance of a rate increase next month.

But members of the Fed's policy-setting committee said recent economic data made them more confident inflation was rising towards their 2% target and that they were less concerned about a global economic slowdown, according to the minutes from the 26-27 April meeting.

"Most participants judged that if incoming data were consistent with economic growth picking up in the second quarter, labour markets continued to strengthen, and inflation making progress toward the committee's 2% objective, then it likely would be appropriate for the committee to increase the target range for the federal funds rate in June," according to the minutes.

Some policymakers were wary about a slowdown in US economic growth during the first quarter, when gross domestic product expanded at a two-year low of 0.5%.

But others argued that ongoing robust job growth suggested the economy was still on track and the growth data could be flawed.

"Most pointed to the steady improvement in the labour market as an indicator that the underlying pace of economic activity had likely not deteriorated," according to the minutes.

Some policymakers said they were concerned financial markets could be roiled by a possible British exit from the European Union in a vote next month or by China's exchange rate policies.

The Fed hiked rates in December for the first time in nearly a decade.

A global equities sell-off and the tightening of financial markets earlier this year largely due to concerns of a slowdown in China prompted the Fed in March to dial back rate hike expectations for the year.

Even so, the Fed signalled at that time that it would likely increase rates twice this year. Investors have been betting on just one hike. 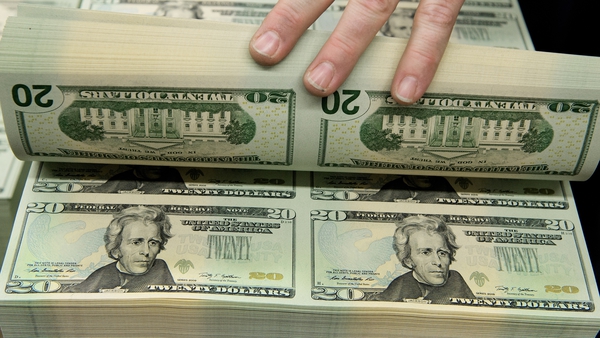 US economy stalls in first quarter as activity weakens broadly