Toyota has forecast a bigger than expected 35% tumble in net profit for the current year due to the sharp appreciation of the yen.

This will end three years of record profits in row, which were partly driven by a weak currency.

It was also far short of the average 2.25 trillion yen for the current year estimated by 28 analysts, according to Thomson Reuters.

Lower profits will make it harder for Toyota, the world's most valuable car maker, to keep investing in new technologies and products even as competition intensifies in areas such as autonomous driverless and alternative-energy vehicles.

Toyota said that foreign exchange losses would have a negative impact of 935 billion yen on operating profit this year.

"Earnings results in the past few years have been largely helped by foreign exchange rates," Toyota’s President and CEO Akio Toyoda said, describing the yen's weakness as "tailwind."

"But since the start of this year the tide has changed," he added.

The yen’s sudden strength is creating a tough business environment for Toyota. Volatility in the yen's value can have a major impact on Toyota's earnings, as it exported nearly half of its domestic production in the past year. 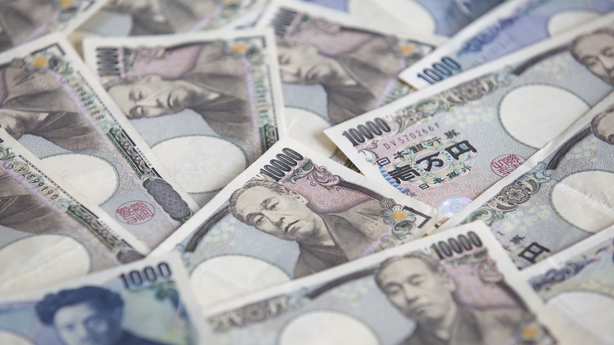 Each 1 yen move in the dollar/yen rate affects its operating profit by 40 billion yen.

Toyota did not mention any specific measures to counter the strengthening yen, but said it will continue to invest in growth.

There is "no clever scheme" or "magic wand" to counter forex headwinds, the company's executive vice president Takahiko Ijichi said.

The company said it expects operating profit, which excludes earnings in China, to drop 40% this year to 1.7 trillion yen.

That does not take into account any impact caused by production stoppages that followed the deadly earthquakes in southwestern Japan last month, it said.

Toyota, which was eclipsed by Volkswagen as the world's top-selling car maker in the first quarter, said it expected global sales to inch up to 10.15 million vehicles in the year to March, from 10.094 million last year.

Toyota shares have lost about a quarter of their value in 2016. In a bid to support them, Toyota announced a share buyback of up to $4.6 billion.