German insurance giant Allianz has said it is upholding its full-year targets for this year despite a decline in revenues and underlying profits in the first three months.

Allianz said in a statement that its net profit grew by 20.5% to €2.2bn in the period from January to March.

The increase was "driven in part by non-operating realised gains," the statement said, without specifying further.

By contrast, underlying or operating profit declined by 3.5% to €2.8bn and revenues dropped by 6.4% to €35.4bn, Allianz continued.

"We had a strong start to 2016, reinforcing our confidence that we will be able to reach our outlook for 2016 despite the fact that this is a challenging year for the financial services industry," said chief executive Oliver Baete.

"Despite the market volatility and low interest rates, we continue to expect an operating profit for the full year of 10.5 billion euros, plus or minus 500 million euros."

Allianz said it would publish further details of its first-quarter results on 11 May. 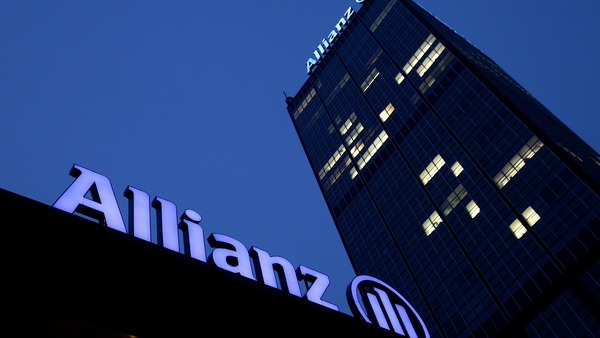