The Central Bank has said that it will invite public submissions on its review of mortgage lending rules.

Central Bank Governor Philip Lane said that while the general framework of the rules is intended to be a permanent feature, the "calibration of these rules can be tightened, loosened or left unchanged".

Mr Lane also said that the rules' operation will be reviewed annually.

The loan-to-income and loan-to-value rules brought in last year by the Central Bank are supposed to make the financial system safer, and prevent consumers overloading themselves with debt.

But they have been criticised by property industry groups for depressing the growth of house prices, and ultimately holding back the construction of more houses.

Rejecting the charge, Governor Lane said the rules are part of an EU-wide move to reduce the risk of boom-bust cycles and property and finance cycles, as well as to promote stability.

He said the rules are intended to be permanent, but their operation will be reviewed every year in the light of evidence.  But decisions would have to be based on evidence, not opinions, he added. 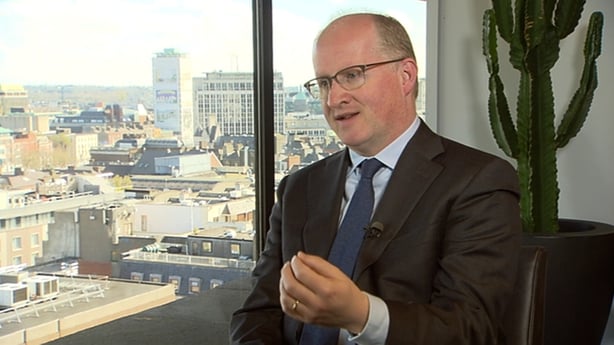 The Central Bank will shortly open a public consultation on the mortgage rules, and will publish the results of its review in November.

Meanwhile, the Central Bank said it generated a profit of €2.24 billion for last year, a further increase on the previous year, and on the back of strong bond sales.

In its annual report for 2015, the bank said that €1.79 billion of this will be transferred to the Exchequer.

The surplus income paid to the State has increased sharply as a result of the government debt the Central Bank acquired during the financial crisis, related mainly to the liquidation of the former Anglo Irish Bank.

It has been selling bonds linked to the liquidation at a faster than expected pace which helped it return a then record €1.7 billion to the state in 2014, equivalent to around 1% of GDP.

In today's annual report, Governor Lane highlighted the favourable outlook for the domestic economy, but also stressed that discipline is needed to address the remaining vulnerabilities and for the longer term outlook.

The report shows that the Central Bank's investment portfolio comprised assets of €19 billion by the end of the year. This was a decrease of €0.7 billion at the end of the previous year.

The bank said that total earnings on the investment portfolio amounted to €359.1m, while the return was 2.04%.

The Central Bank's programme to relocate staff from the bank's three Dublin city centre locations to North Wall Quay progressed during the year and the first stage of the move to the new building is planned for late 2016. 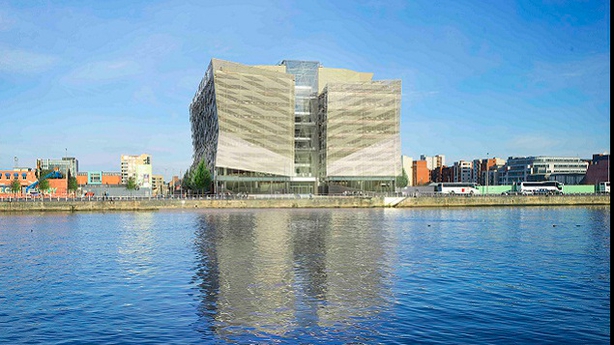 At the end of last year, the Central Bank said it employed 1,515 full time equivalents and the staff turnover figure for the year was 7.7%.

It announced today that it will hire additional 150 staff this year.

Governor Philip Lane said today that there were tentative signs of recovery in the euro zone.

"Tentative signs of recovery in the euro area are visible, supported by an accommodative monetary policy stance that has included the use of both standard and non-standard measures," Mr Lane, a member of the ECB's governing council, said.

"The ECB's March 2016 announcement of further accommodative measures underscores its intention to use exceptional monetary policy instruments in support of its price stability mandate and objectives," he added.

The country's banks, including those with significant exposure to the UK economy, are prepared for the immediate risks if Britain votes to leave the European Union, the Central Bank's head of financial regulation said today. 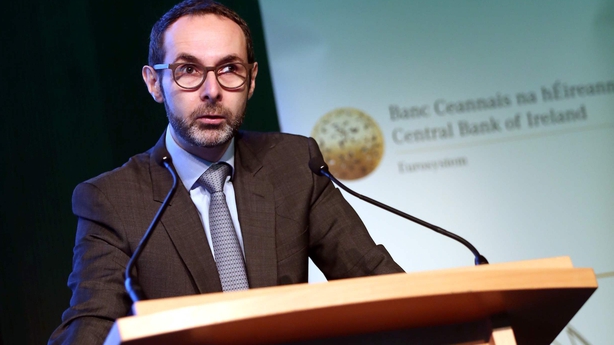 "If the UK electorate votes to exit, I think the immediate issue for our banks is to ensure that they are prepared for the market disruption, the liquidity disruption and that is something that is very clear in everyone's mind. This is very much in place," Cyril Roux told a news conference today.

"The rest is more moving, adapting the business model so the supervisory engagement is going to continue in the coming months, whichever is the decision," he added.