US consumer confidence dipped in April, with fewer Americans seeing prospects of a pick-up in economic growth in the coming months, the US Conference Board has said.

The Board's consumer confidence index fell to 94.2 from 96.1 in March as dimmer future expectations outweighed an improved view of current conditions.

The decline in sentiment was unexpected, with analysts forecasting a slight improvement this month.

"Consumer confidence continued on its sideways path, posting a slight decline in April, following a modest gain in March," said Lynn Franco, director of economic indicators at The Conference Board, in a statement.

However, their expectations regarding the short term have moderated, suggesting they do not foresee any pick-up in momentum," she said.

But the outlook for the six months ahead dropped almost twice as much, to 79.3.

The survey found 11.0% of consumers expected business conditions would deteriorate, compared with 9.5% in March.

They also showed less confidence in jobs availability in the future.

Ian Shepherdson of Pantheon Macroeconomics said the report signals a lagged reaction to the decline in stock prices in the first two months of the year.

"Over the next couple of months, we expect a clear rebound in consumers' sentiment and spending after the subdued first quarter," Shepherdson said.

The first official estimate of first-quarter gross domestic product will be reported on Thursday by the Commerce Department.

Analysts expect GDP grew at a modest 0.9% in the January-March period, slowing from a 1.4% rate in the 2015 fourth quarter. 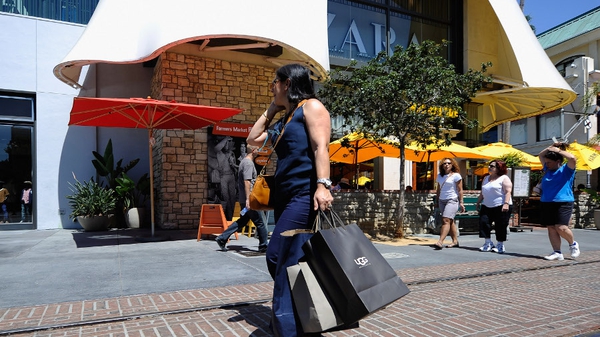 US consumer confidence rebounded in March