Billionaire Paul Coulson’s Ardagh Group is weighing raising equity after agreeing to pay $3.4 billion (€3.05 billion) of assets being sold by Ball Corporation and Rexam, according to Bloomberg.

The company this morning announced plans to purchase metal beverage can manufacturing assets - located across Europe, Brazil and the US - from the two firms, including assumed liabilities of $210m (€187m).

Ardagh said it plans to sell $2.85 billion of bonds to help finance the acquisition over the next ten days. At the end of last year, Ardagh had debt of €5.4 billion, according to its annual report.

“We are actively exploring public and private equity alternatives,” Ardagh Chairman Paul Coulson said on a call with analysts.

The company is not speaking with potential private equity partners, focusing “largely” on people who are looking for a “very long-term holdings, who want to grow their investments with us,” Mr Coulson said.

Last year, Ardagh pulled a planned share sale of its metal- containers unit, citing “challenging” market conditions for initial public offerings in the US. Mr Coulson said that it is now “highly unlikely” that the company would be split.

The yield on Ardagh’s bond maturing in 2022 rose to 4.25% from 4.1%. Ardagh said it will look at refinancing its debt, including its callable bonds.

Ardagh said it hopes to finance the acquisition with a combination of cash and secured and unsecured debt.

Commenting on the acquisition, Mr Coulson said: "We are pleased to expand our consumer packaging business with the addition of a leading beverage can business.

“Whilst we do not currently operate in the beverage can market, the business we are acquiring is highly complementary to our existing metal and glass businesses.

“The acquired business has an excellent management team and strong customer relationships."

The deal is subject to regulatory approval and the closing of Ball's acquisition of Rexam, which is expected to be concluded by the end of June.

The Ardagh Group was first founded as the Irish Glass Bottle Company in 1932.

The sale comes as Ball and Rexam seek competition clearance for their planned merger.

The deal includes the sale of about a fifth of the companies' combined can making or producing plants across Europe, Brazil and the US.

Ball agreed to buy British rival Rexam for £4.43 billion last year to improve efficiency and cut costs through a merger of the world's two largest beverage can makers by volume, which supply Coca-Cola and Anheuser-Busch.

However, the deal earlier ran foul with European competition regulators as it would give the enlarged entity considerable market share in Europe, the US and Brazil. 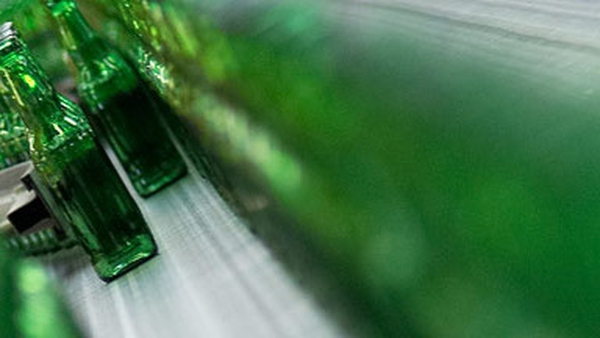