Morale among German consumers has dipped going into April, as shoppers feel less upbeat about the future of Europe's largest economy.

The consumer sentiment reading of the GfK market research group, which is based on a survey of 2,000 Germans, dropped to 9.4 heading into April from 9.5 in March.

The consensus view of analysts polled by Reuters had been for it to stay at 9.5.

He said this was reflected by a drop in economic expectations.

The German economy expanded by 1.7% in 2015, its strongest rate in four years, driven by robust private consumption and higher state spending on refugees.

On Wednesday, Germany's government panel of economic advisers revised down their 2016 growth forecast by 0.1% to 1.5% this year on global economic uncertainties.

Sub-indices that reflect income expectations and propensity to buy also dropped, but GfK said both indicators remained at an extremely high level in contrast to the sub-index for economic expectations.

GfK confirmed its estimate that private consumption would rise by around 2% in real terms this year.

The consumer climate indicator forecasts the development of real private consumption in the following month.

An indicator reading above zero signals year-on-year growth n private consumption. A value below zero indicates a drop in comparison with the same period a year ago.

According to GfK, a one-point change in the indicator corresponds to a year-on-year change of 0.1% in private consumption.

The "willingness to buy" indicator represents the balance between positive and negative responses to the question: "Do you think now is a good time to buy major items?"

The income expectations sub-index reflects expectations about the development of household finances in the coming 12 months.

The additional business cycle expectations index reflects the assessment of those questioned of the general economic situation in the next 12 months. 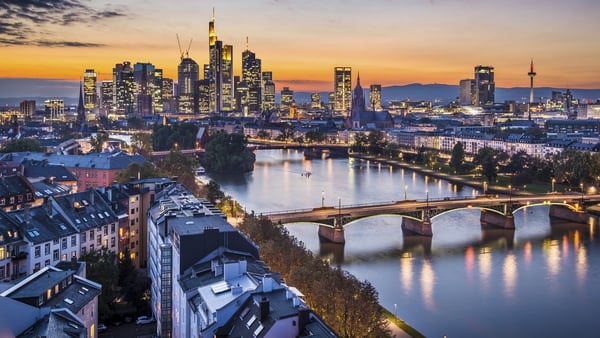