The number of overseas trips to Ireland by non-residents increased by 300,000 (+17.8%) to two million during the last three months of 2015, when compared with the same period the previous year.

The latest figures from the Central Statistics Office also show the number of nights spent in Ireland by overseas travellers increased by 14.9% to 12.8 million in Q4 2015, compared with the same period in 2014.

The average duration of overseas trips to Ireland fell slightly from 6.6 nights in Q4 2014 to 6.4 nights between last October and December.

The statistics indicate that year-on-year tourism earnings from overseas travellers rose from €952m to €1.14bn for the final quarter of 2015.

Meanwhile, according to the CSO the number of trips made by Irish residents overseas during the last three months of 2015 increased by 5.9% to 1.54bn. 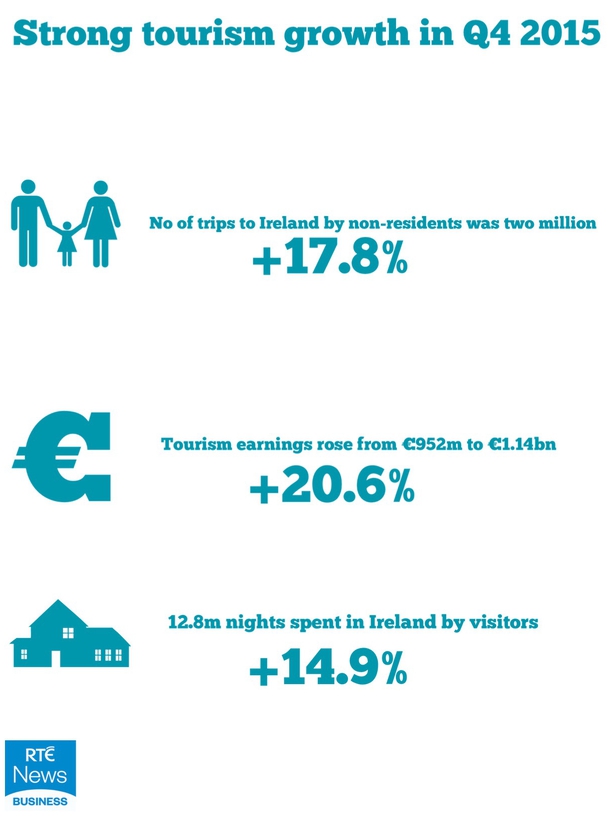 The average duration of overseas trips made by Irish residents decreased from 6.8 nights in Q4 2014 to 6.1 nights for the same period last year.

Total tourism and travel expenditure by Irish residents overseas increased by 10.3%, up from €952m to just over €1bn between the last three months of 2014 and the same period in 2015.

Total tourism and travel expenditure on overseas travel by Irish residents in 2015 increased by 7.5% to €4,69bn on the previous year.

Commenting on the figures, Minister for Transport, Tourism and Sport, Paschal Donohoe said: "Today's figures confirm that 2015 was an exceptional year not just in terms of overseas visit numbers but also the associated revenue which totalled over €4.2bn.

"The good news is that we are aiming for even further growth in visit numbers and associated revenue in 2016 and a strong marketing campaign is already under way." 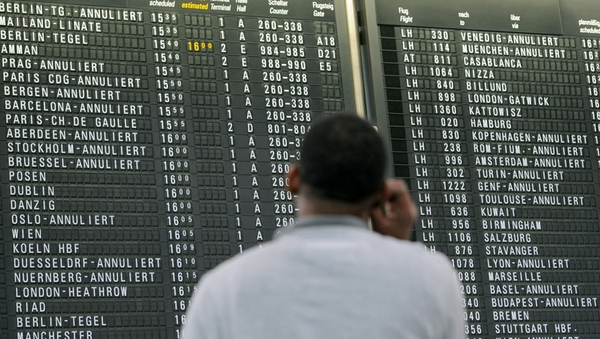 Number of domestic and foreign trips rises in Q3 Business