US Federal Reserve policy makers worried last month that tighter global financial conditions could hit the US economy and considered changing their planned path of interest rate hikes in 2016.

"If the recent tightening of global financial conditions was sustained, it could be a factor amplifying downside risks" to the economy, according to the minutes of the US central bank's 26-27 January policy meeting.

Most policy makers still expect to lift rates and even discussed whether a hike was warranted in January, but after a lengthy discussion on global risks they said tighter financial conditions may be "roughly equivalent" to further hikes.

Policy makers discussed "altering their earlier views of the appropriate path for the target range for the federal funds rate," according to the minutes.

However, they agreed it would be premature to change their outlook for the US economy, saying they would closely monitor global economic developments as well as oil and stock prices.

That suggests the recent slowdown in global growth and steep stock market drops are leading the Fed to consider backing away from the signal it sent in December that it could raise rates four times this year.

"A number of participants were concerned about the potential drag on the US economy from the broader effects of a greater-than-expected slowdown in China and other (emerging market economies)," according to the minutes.

Wall Street is generally sceptical the Fed will raise rates at all this year. Prior to the release of the minutes, prices for fed funds futures implied investors saw a roughly 40% chance of a hike in December and less than that for prior meetings, according to CME Group.

Global financial markets have remained volatile since the Fed's January meeting and pushed Mexico, one of America's top trading partners, to raise interest rates on Wednesday to counter a weakening of the peso against the dollar.

In the minutes, policy makers noted that China's problems could weigh on Mexico and Canada, another top US trading partner.

At the time of the January meeting, oil prices still were dropping sharply, but today they rose as much 7% after Iran voiced support for a Russia-Saudi-led move to limit production.

The minutes also showed the Fed's policy-setting committee reauthorised foreign currency swap arrangements with a number of other central banks. 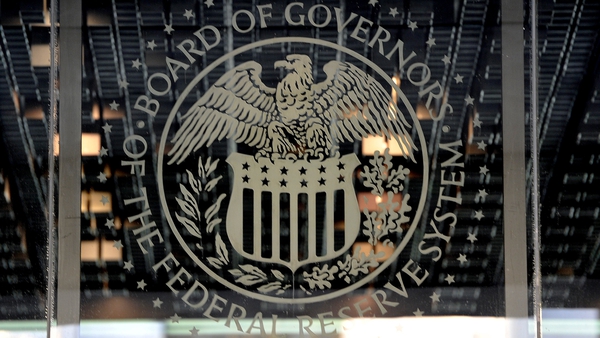 No decision yet on raising US interest rate - Federal Reserve