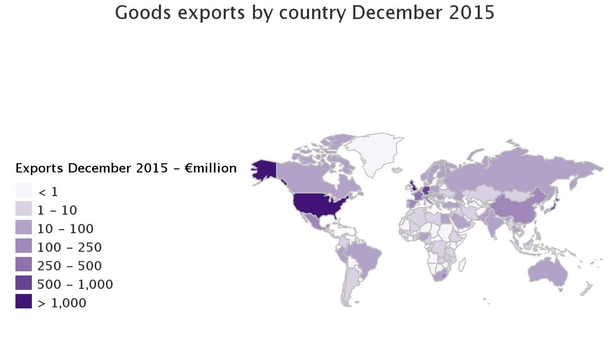 The data from the Central Statistics Office also shows that Ireland recorded a trade surplus of slightly more than €44bn for 2015, which is the largest surplus on record. 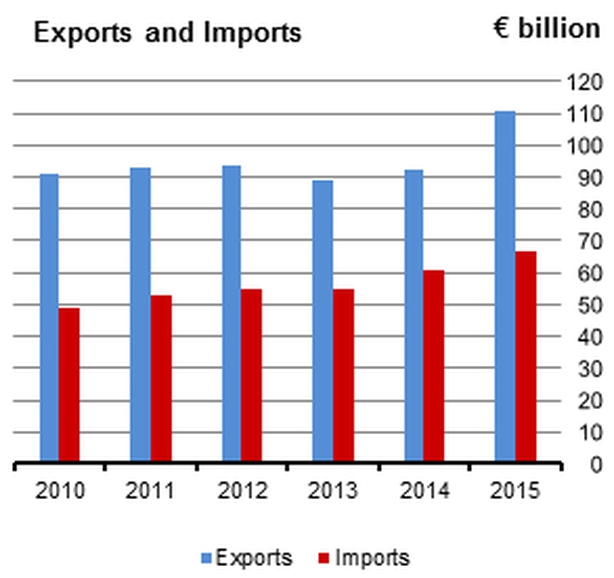 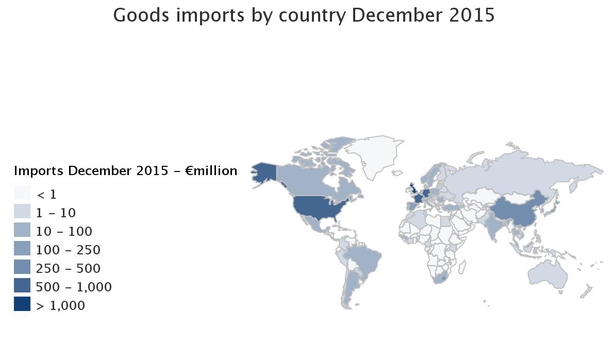 Commenting on the figures, Alan McQuaid from Merrion Economics said: "Ireland’s trade performance in 2015 benefited from competitiveness gains made against its main partners and by the weakening of the euro, particularly against sterling and the dollar.

"Against a difficult global backdrop, the strength of the US and UK economies was clearly a factor here.

"However, with sterling starting to weaken against the euro on 'Brexit' fears and a less favourable Bank of England interest-rate outlook, that could weigh negatively on Irish exports to the UK in 2016," he added. 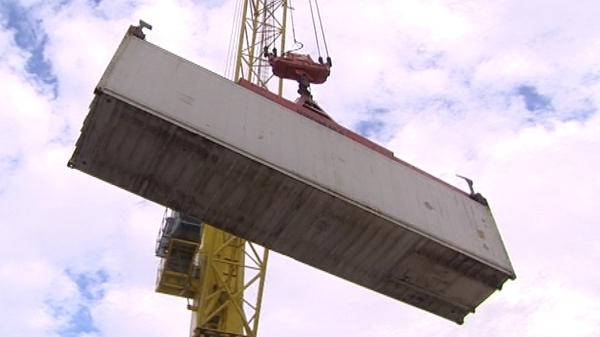