He also said Fianna Fáil could not be trusted on their coalition pledges, telling reporters to remember the deal they did with the Progressive Democrats.

He warned there would be no resources if Sinn Féin were in government, reminding potential voters of their associations with Syriza in Greece.

On the ‘rainy day’ fund, the finance minister said the government would hold back €2 billion.

He said: “The rainy day fund is so we have money to deploy if there is some shock, to invest in capital projects. If there is no shock, we will use the resources for services.”

Speaking at the party's campaign headquarters in Dublin, Mr Kenny told reporters he wanted no more boom and bust, no more sense of crisis.

He said their plan was focused on keeping the recovering going.

Fine Gael was the only party with a clear long-term economic plan, he claimed. Its three steps are more and better jobs, making work pay, and investing in public service.

The Taoiseach criticised both Fianna Fáil's and Sinn Féin's economic plans, saying they fought tooth and nail against every jobs plan.

Mr Kenny said the high tax policies of Sinn Féin and Fianna Fáil would bring the recovery to a "shuddering halt".

He pledged to bring the unemployment rate to 6% and create jobs across the country, with an emphasis on balanced regional growth.

Fine Gael will also introduce a new working family payment, to get away from what Mr Kenny called "the welfare trap". It needed to be worth people's while to go to work, the Taoiseach said.

The party is also planning enhanced investment in public services.

"There will be no additional resources for services if we do not keep recovery going," he added.

Fine Gael is also going to invest €4 billion in a jobs fund and maintain the corporate tax rate, the party said. 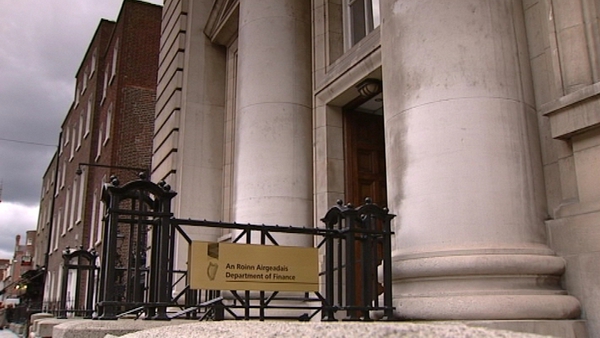