The Central Bank has said the final report from the banking inquiry committee identified a number of issues with regard to financial regulation, which are being continually addressed.

Governor Philip Lane said the report “describes a failure to identify risks to financial stability and recognises the lack of an overall European framework to deal with the financial and fiscal crises”.

He added that many of the issued identified by the inquiry relating to the Central Bank have been “substantially addressed or continue to be addressed”.

Mr Lane said this is being done through measures such as institutional reform, additional powers, the promotion of a culture of challenge, and assertive risk-based supervision.

Deputy Governor at the Central Bank Cyril Roux said that “banking regulation and supervision today have little in common with the previous decade.

“Capital requirements for banks have been increased several-fold, supplemented by several other regulatory requirements,” he added.

Sinn Féin's finance spokesperson Pearse Doherty has said there are fundamental failures in the report.

Mr Doherty said the delay in establishing the inquiry and the rush to get it over the line so Taoiseach Enda Kenny could call a spring election have left us with a dysfunctional document.

He added that "while the banking report touches upon of the relationship between bankers, developers and politicians, what it fails to do is examine those relationships.

"That was the whole purpose of the 'nexus phase' - to critically analyse those links. This is another fundamental failure of the report.

"It fails to consider in any real way the operation of NAMA, whether it was appropriate or not, the liquidation of IBRC and the issue of burden-sharing outside of the ECB's response."

The Social Democrats have said the findings outlined in the report provide the basis for the State to mount a legal review to ascertain if a full legal challenge against the ECB could take plane.

The party's co-leader Stephen Donnelly said the report "shows that the ECB explicitly threatened the State on at least two separate occasions  - in November 2010 and March 2011.

"We now know that they threatened that if senior bondholders had losses imposed, the ECB would withdraw emergency liquidity assistance to Irish banks. This could have had a very negative effect on, and possibly collapsed, the Irish banking system."

Not making recommendations for the future a missed opportunity - IBOA

Finance workers union, the IBOA, has said that by not making comprehensive recommendations for the future governance and oversight of the banking sector, the banking inquiry has missed an opportunity.

IBOA General Secretary Larry Broderick said: “Whatever legal or other constraints may have been on the committee in terms of its findings about the past, there should have been no obstacles in terms of its recommendations for the future.

“While we have yet to analyse the report in detail, it would seem from our preliminary review of the report that the recommendations emerging from the members of the inquiry are unlikely in themselves to prevent a recurrence of a banking crisis at some future date.

“It seems that the heavy lifting in terms of oversight and governance has been effectively outsourced to the European Central Bank,” he added. 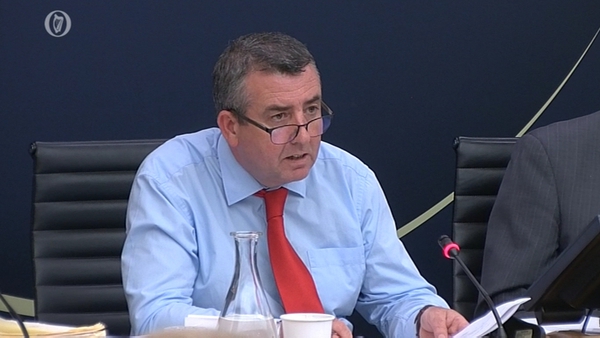