The Central Bank has said that the economy is going through a period of "exceptionally" strong growth, which is likely to ease only modestly over this year and next.

In its latest quarterly bulletin, the Central Bank said that GDP is now estimated to have grown by 6.6% last year, boosted by the strength of domestic demand.

That is up from its 5.8% projection three months ago and the upward revision puts the Central Bank in line with Government forecasts for growth of around 7%.

This would likely make Ireland the fastest growing economy in the European Union for the second year in a row.

But it cautioned that Ireland needs to ensure it has a buffer in its public finances to cater for the fall-out from recent international turbulence.

It also called for "more ambitious" efforts to cut the debt and deficit.

"If tensions were to persist in financial markets this would create more downside risks to the forecasts,"  John Flynn, the head of the bank's Irish Economic Analysis, said.

The Central Bank said high public and private debt left Ireland open to external economic shocks. But it noted that the public finances has improved considerably with debt to GDP ratio falling from 120% to 100%.

The Central Bank today predicted that domestic demand will continue to be the main driver of economic growth this year and has pencilled in GDP growth of 4.8% for 2016, up marginally from its previous prediction.

The bank said the strong growth performance reflects a recovery that is broadly based and is increasingly being driven by the significant rebound in domestic demand.

This comes on the back of growth in real disposable income due to higher levels of employment and wage growth. Lower inflation - due to falling energy prices - is also boosting the economy.

Economic growth has also been boosted by continuing favourable conditions in the country's main export markets - the UK and US - as well as improvements in the finances of both households and companies. 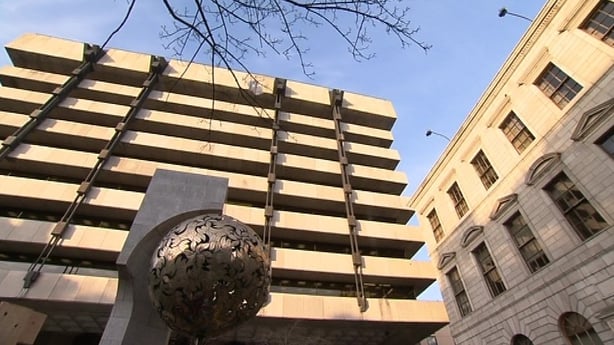 It said the overall economic growth numbers were also helped by the country's large multinational sector, which has relatively little direct impact on the domestic economy.

Pent-up demand, the weakness of the euro relative to export markets and low interest rates, is also working in the economy's favour, today's bulletin noted.

On unemployment levels, the Central Bank predicted that the jobless rate will average 8.2% and 7.4% respectively this year and next. The improving labour market is expected to support increases in average rates of pay about 2.5% both this year and next.

Inflation is expected to be "moderate" this year, the Central Bank also predicted, as energy prices continue to remain weak.

In its latest bulletin, the Central Bank said the strong growth outlook provides an opportunity to tackle the remaining legacies of the crisis, thus minimising further risks to economic, fiscal and financial stability.

"Reducing the remaining vulnerabilities and strengthening economic resilience are necessary to mitigate the risk of future boom-bust cycles and ensure stable and sustainable medium term growth," the bank stated.