The wealthiest 62 people now own as much as half the world's population, some 3.5 billion people, as the super-rich have grown richer and the poor poorer, an international charity has said.

The report was released ahead of the World Economic Forum's annual meeting in Davos, Switzerland this week.

Almost half the super-rich individuals are from the US, 17 from Europe, and the rest from countries including China, Brazil, Mexico, Japan and Saudi Arabia.

"World leaders' concern about the escalating inequality crisis has so far not translated into concrete action - the world has become a much more unequal place and the trend is accelerating," Oxfam International's executive director, Winnie Byanima, said.

"We cannot continue to allow hundreds of millions of people to go hungry while resources that could be used to help them are sucked up by those at the top," Byanima added.

About $7.6 trillion of individuals' wealth sits in offshore tax havens, and if tax were paid on the income that this wealth generates, an extra $190 billion would be available to governments every year, Gabriel Zucman, assistant professor at University of California, Berkeley, has estimated.

As much as 30% of all African financial wealth is held offshore, costing about $14 billion in lost tax revenues every year, Oxfam said, referring to Zucman's work. 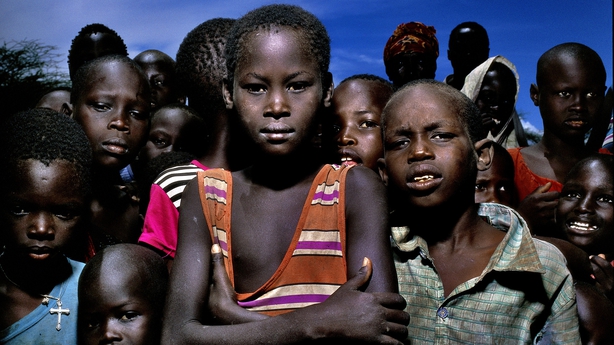 This is enough money to pay for healthcare that could save 4 million children's lives a year, and employ enough teachers to get every African child into school, Oxfam said in its report.

"Multinational companies and wealthy elites are playing by different rules to everyone else, refusing to pay the taxes that society needs to function. The fact that 188 of 201 leading companies have a presence in at least one tax haven shows it is time to act," Byanima said.

Ensuring governments collect the taxes they are owed by companies and rich individuals will be vital if world leaders are to meet their goal to eliminate extreme poverty by 2030, one of 17 Sustainable Development Goals set in September, Oxfam said.

The number of people living in extreme poverty has fallen by 650 million since 1981, even though the global population grew by 2 billion in that time, according to the Organisation for Economic Co-operation and Development (OECD).

Much of this change has been because of the rise of China, which alone accounted for half a billion people moving out of extreme poverty.

Most of the world's poorest no longer live in the poorest countries, but in middle-income countries like India, the OECD said in a recent report.

The inequalities are partly to do with differences inincome, especially between urban and rural areas, but also differences in access to healthcare, education and jobs, the OECD said.

"The figures suggest that the biggest causes of poverty are political, economic and social marginalisation of particular groups in countries that are otherwise doing quite well,"development economist Owen Barder is quoted as saying in the OECD report.

Barder is director for Europe at the Centre for Global Development.

Although taxes and transfers help reduce income inequality in developed countries, these systems are less robust in many developing countries, according to the OECD.

An exception is Brazil, which makes payments to more than 13.3 million poor families on condition they enrol children in school and take part in health programmes. "That has helped to reduce rates of both child poverty as well as inequality," the OECD report said.