Marc Bolland will step down as the boss of Marks & Spencer in April, bringing an end to six difficult years at the British retailer following yet another weak Christmas.

Bolland will be replaced as chief executive by Steve Rowe, 48, who has run divisions covering both food and clothing in his 25 years at the company.

M&S Chairman Robert Swannell said that Bolland had not been under any pressure to leave from either the board or shareholders and one investor told Reuters they had not expected the departure so swiftly.

"The news was quite a surprise, although it is not uncommon for CEOs to move on after that kind of tenure," said Richard Marwood from AXA Investment Managers, one of the company's top 40 shareholders.

"Having somebody already in the business succeeding him is probably no bad thing. I don't think we are looking for a change of direction. Investors are still waiting for the Bolland plan of a more cash generative, well invested and internet enabled business to be fully delivered," he added.

Analysts said Bolland had modernised M&S and put it on to a stronger footing - with international and online sales improving and the food business taking market share - giving Rowe a stronger platform than Bolland when he took over in 2010.

Bolland spent billions of pounds on the redesign of products, stores, supply chain logistics and the website to address decades of underinvestment at its clothing business.

He had gained investor backing by focusing on growing gross margins - the difference between the price M&S pays for goods and the price it sells them, which had helped it to maintain a strong dividend and begin a share buyback programme. 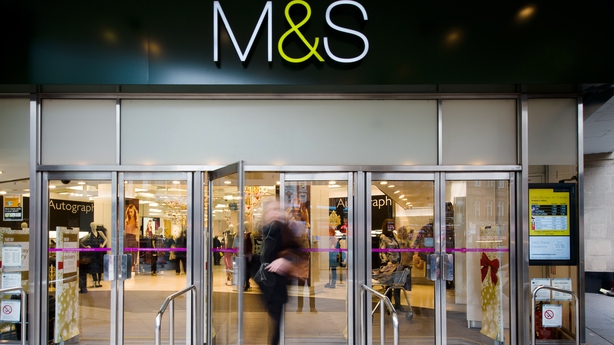 But weak trading over Christmas shows the group is still struggling to properly compete with British rivals such as Next and John Lewis and fashion chains including Zara.

In the third quarter which includes the Christmas trading period, like-for-like sales at the general merchandise division which covers clothes, shoes and homewares fell 5.8%. The company nudged up its margin guidance for the division however.

It said it enjoyed its best ever Christmas in the food division.

"Unseasonal weather impacted sales across the clothing sector and resulted in unprecedented levels of promotional activity in the market, starting from Black Friday and intensifying through December," it said.

M&S said it held off from heavy discounting, hitting its sales but protecting the gross margin.

The firm put the deterioration down to unusually warm weather which deterred people from buying warm clothing, and availability. The mild weather was also blamed by Next for its poor Christmas.