The Government will probably sell some AIB shares to individuals next year as part of a plan to dispose of its stake in the bailed-out lender, its chief financial officer Mark Bourke has said.

"It is really important that afterward, if it does well, that people can say 'I did have access"' to buy shares", Mr Bourke said in an interview with Bloomberg.

The shares to retail investors would probably be sold through brokers, he said.

The Government is preparing to sell a 25% stake in AIB, which may raise at least €3 billion. That would make it the biggest share sale in a state asset since the 1999 flotation of phone company Eircom.

The Government has already sold shares in Bank of Ireland and Permanent TSB as it seeks to reduce state ownership in the bailed-out lenders.

The Government has indicated that it would likely sell a stake in the bank in the second half of 2016.

Finance Minister Michael Noonan has said he is confident the State will ultimately recover AIB's €21 billion bailout during the financial crisis, which left taxpayers with a 99.8% stake in the bank.

"Our brief from the Minister for Finance for this year was to get ourselves in shape and be ready to go," Mr Bourke said. He joined the bank last year, having formerly been CEO of financial services company IFG Group.

"We are effectively done with all the major balance-sheet restructuring needed," he added. 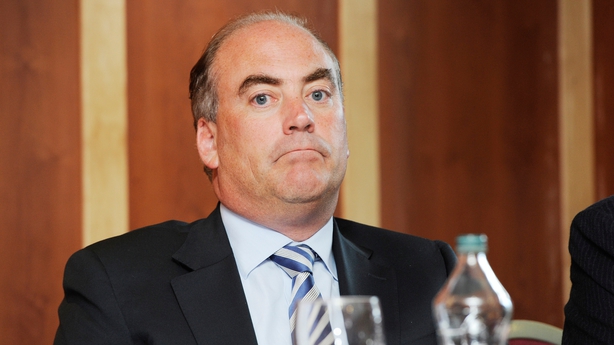 Last week, AIB redeemed some of the state's €3.5 billion of preferred stock in the bank and converted the remainder into equity to bolster its financial position.

It also cut the number of shares in issue, which ballooned during the crisis amid multiple government bailouts, by more than 99%.

AIB, which has not paid a dividend since 2008, will seek to attract investors as a "solid" income stock, although it has not been decided when the company will resume shareholder payments, according to the CFO.

The country's banks are benefiting from the economy's economic recovery, with the Government forecasting gross domestic product to increase by 7% in 2015, helping push down the share of bad loans.

With demand for loans muted, it may take four years for the volume of the country's mortgage lending to increase to about €8-10 billion, the AIB CFO said. The market peaked at €40 billion before the property boom collapsed.

AIB's impaired loans have dropped about 45% from their 2013 peak to €16 billion at the end of September.

Mr Noonan has said it may take at least ten years to fully privatise the lender.

In the UK, the government there is also preparing a sale of Lloyds Banking Group to individuals at a discount next year as it moves to fully exit its stake in the bank.

It also started cutting its stake in Royal Bank of Scotland, which was the world's most expensive bailout at the time. RBS owns Ulster Bank here.

Even with a share sale next year, AIB has no plans to renegotiate its €500,000 executive pay cap with the Government, Mark Bourke told Bloomberg. The bank has not paid any bonus since its bailout in 2009.

"The position for us is very clear - there's a cap in place, which everybody understands," said Bourke.

"We are also, as a management and a business, functioning and doing well with the cap in place," he added.