The European Central Bank said it has lent around €18.3 billion to 55 banks in a sixth round of special liquidity measures aimed at reflating the euro zone economy.

This is where it makes cheap cash available to banks for a period of three years on condition they lend it on to the real economy.

The bank has so far conducted six such operations.

The take-up of the funds in the first three TLTROs was watched closely for signs that lending in the single currency area might finally be picking up.

But the TLTROs have now taken more of a back seat following the ECB's much grander scheme of bond purchases to pump more than €1.5 trillion into the economy - at a rate of €60 billion a month - and push up the rate of inflation in the euro area.

The ECB said that 55 banks had bid for €18.303 billion in funds in the latest TLTRO, compared with 88 banks for €15.6 billion in the previous one in September.

The banks are obliged to lend on the borrowed money to companies and businesses, as the continued weakness of credit activity is seen as one of the key factors in the still very tentative economic recovery in the 19 countries that share the euro.

The Governor of the Central Bank of Luxembourg also said that the ECB's move to buy new bonds as old ones mature would inject hundreds of billions of euros.

"The very large majority of the Governing Council is of the view that the measures are appropriate and that more is not needed to reach our goal," Mersch said, referring the ECB's interest rate decision last Thursday. 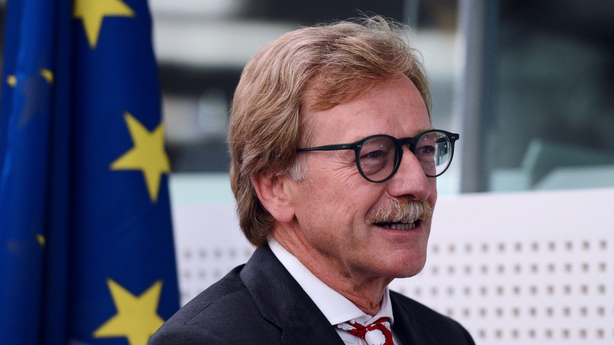 They come a week after markets dipped on disappointment that ECB President Mario Draghi had opted to extend rather than ramp up its quantitative easing programme.

Mersch, who sits on the six-person executive board at the core of ECB policy, said the decision to keep buying bonds would amount to an injection of €320 billion if continued for two years from 2017.

He also said the total market for regional or municipal debt, where the ECB will also start buying, was worth up to €380 billion.

"This is no verbal promise. We're backing up our words with action," he said.

But Mersch played down any prospects of further steps to soup up quantitative easing, the ECB's money-printing scheme to buy chiefly government bonds.

Last week, Draghi said the ECB would extend money printing by six months until early 2017 and reinvest the proceeds of the programme from maturing bonds. But many economists were disappointed that he had not been bolder.

In order to have done that, the majority of governors from across the 19-country currency bloc would have had to agree that more ambitious action was needed.

Many of them, sources have told Reuters, were sceptical.

"What was completely underestimated was the fact that we are a collective decision-making body," Mersch said, referring to the heightened expectations of investors.

He also warned about a possible spillover from China's slowdown on the global economy. "The risks have become stronger," he said.

Mersch said that ECB action to loosen the supply of money would help insulate the euro zone from any interest-rate hike in the US, although such a move could affect emerging markets.