Purchases of mainly government bonds - at €60 billion a month - are now seen running until at least March 2017 instead of next September.

Mr Draghi also said that proceeds from the various assets bought would be reinvested back into the scheme.

"The monthly purchases of €60 billion under the asset-purchase programme are now intended to run until the end of March 2017 or beyond if necessary and in any case until the Governing Council sees a sustained adjustment in the path of inflation consistent with its aim of achieving inflation below but close to 2% over the medium term," he said.

Analysts polled by Reuters last week had expected the ECB to increase the monthly purchases to €75 billion as well as extending the purchases.

The purchases have pushed down yields and boosted lending, indicating that quantitative easing (QE) was working, even if only slowly and with a lag, supporting calls for more asset buys.

But critics have said QE has done little for inflation so far, the ECB's biggest worry, with inflation standing at just 0.1% in November, well short of the ECB's target of nearly 2%.

Earlier and as widely expected by analysts, the ECB cut its deposit facility to -0.3% from -0.2%. 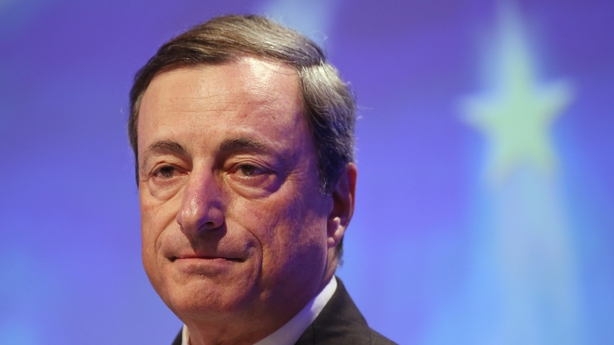 The move is designed to stimulate lending by increasing the penalty on banks that leave their excess cash with the ECB.

The ECB's main refinancing rate, which determines the cost of borrowing for banks at the ECB's weekly auction, was left unchanged at 0.05%. The marginal lending facility - or emergency overnight borrowing rate - was also left at 0.3%.

In a bid to bring euro zone inflation back up to levels conducive to healthy economic growth, the ECB has already unleashed an unprecedented series of easing measures.

It has cut borrowing costs, made vast amounts of cheap loans available to banks and embarked on that asset purchasing programme.

Meanwhile, the ECB lowered its inflation forecast for the next two years, as it unleashed that new bout of stimulus in a bid to shore up consumer prices.

Euro area inflation for 2016 is expected to reach 1% rather than 1.1% previously forecast.

For 2017, the inflation is seen reaching 1.6%, down from the previous prediction of 1.7%, Mario Draghi said.
The ECB President also called today for euro zone member states to do more to improve the economy.

Saying that the ECB's monetary policy has been "a success", Draghi said there nonetheless needed to be more.

"Actions to improve the business environment, including the provision of an adequate public infrastructure, are vital to increase productive investment, boost job creation and raise productivity," he stated.

Mr Draghi was also asked for his views on the possible economic impact of the refugee crisis and the threat posed by terrorism in the wake of the recent attacks in Paris. "We certainly have in mind that the situation ahead is full of geopolitical risks. That's why we have to be alert," he said.

He said the ECB was confident that the stimulus measures underway would achieve their desired outcome but that the bank had to be aware that "the surrounding conditions may actually get worse because of these geopolitical risks". There is "confidence but not complacency," Mr Draghi said.

The International Monetary Fund has welcomed moves announced by the European Central Bank to support the eurozone, and urged it to use its entire toolbox to spur growth.

"The ECB should continue to strongly signal its willingness to act and use all the instruments available until its price stability mandate is met," IMF spokesman Gerry Rice said at a regularly scheduled news conference.

The IMF applauded the ECB decisions which, according to Mr Rice, "will help address increased downside risks to the recovery" in the 19-nation currency bloc.