RTÉ News understands the Denis O'Brien-owned energy group Topaz is to be acquired by Canadian company Alimentation Couche-Tard for over €400m.

Mr O'Brien refinanced Topaz's IBRC borrowings of €205m loans in 2013 and negotiated a 27% write down which reduced the debt by €55m.

Both Topaz and Alimentation Couche-Tard signed an agreement that will lead to the acquisition by the Canadian company of the Topaz Energy Group together with linked companies Resource Property Investment Fund and the recently-acquired Esso Ireland.

The deal is expected to close in spring 2016, subject to regulatory approval and closing conditions.

Couche-Tard is one of the world's leading convenience and fuel retail businesses, with around 15,000 sites across its network in North America, Europe, Asia and the Middle East. It has around 100,000 employees globally.

Topaz is Ireland's largest convenience and fuel retailer, and with the recent acquisition of Esso expanded its network here to include 464 service stations, 162 of which are company owned, and a commercial fuels operation with over 30 depots.

The deal to acquire Esso formally closed on 1 December.

The business employs over 2,000 people across the island of Ireland.

Topaz CEO Emmet O'Neill described the transaction as a "game changer" for the retail sector in Ireland.

He added: "Couche-Tard is one of the strongest names in retail in the world and their presence in Ireland will transform the retail sector here." 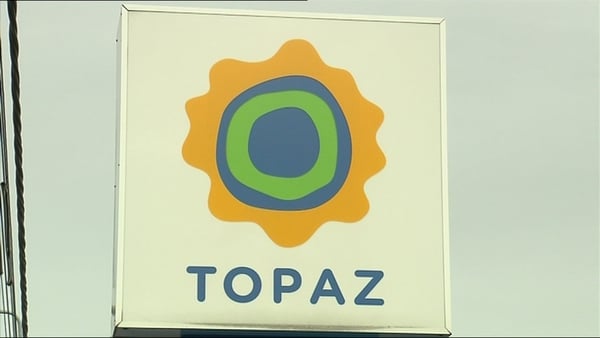