One of the architects of the Lansdowne Road public sector pay agreement, Kieran Mulvey, has strongly criticised the revelations of staff retention payments at the Central Bank.

RTÉ News has learned that some key staff left the Central Bank despite a retention payments policy which was put in place to ensure that they would remain to complete important projects.

In 2011, eight employees were offered deferred retention payments which were due to kick in from 2013.

However, sources indicated that some of the eight left without receiving their deferred retention payments because they received better offers.

The Central Bank had previously revealed that it had made retention payments, equivalent to 21% of salary, to 29 staff members working in key areas to ensure they did not leave.

However, last night the Central Bank confirmed that as far back as 2011, it had introduced retention arrangements for a further eight employees.

Speaking to RTÉ News the Director General of the Workplace Relations Commission said that at no stage had he or - to his knowledge - anyone else been informed that other pay arrangements were being made unilaterally by Central Bank management.

He said that since 2009 public servants had had all bonuses unilaterally withdrawn.

He said the arguments made by the Central Bank regarding the necessity to retain certain skill sets could be made equally, and arguably to a greater extent, in relation to frontline services in health, education and other sectors.

He asked whether a nurse, a hospital consultant, teacher or public servant with essential skills was less important than someone with financial or regulatory skills.

He said he would be interested in seeing the Central Bank's legal advice on whether the payments were compliant with the FEMPI legislation governing public sector pay.

He described the development of retention payments as lacking transparency, and as a reversion to what people had hoped to avoid again in public services.

He said both constituted incentives to stay with an organisation, and in his view an incentive was a bonus.

Last week, the Secretary General of the Department of Public Expenditure and Reform Robert Watt told the Oireachtas Public Accounts Committee the department was surprised to hear about the payments - but said the Central Bank was separate in the discharge of its functions.

Meanwhile, Central Bank staff members represented by the Unite trade union are to vote on a motion of no confidence in senior bank management over retention payments for staff.

Unite Regional Officer Colm Quinlan said this followed the bank's belated admission that it had been operating a second "secret bonus scheme", in addition to the so called retention bonuses revealed last week.

Mr Quinlan said that Unite had raised concerns about a "bonus culture" at the bank last May, at which time they had been categorically assured there were no other bonus schemes in place.

He said Unite was extremely disturbed that the bank had issued the statement confirming the previously unknown 2011 arrangements, while union members at the bank were holding their AGM yesterday.

He noted the bank had apparently sought legal advice about the legality of the 2014 retention bonus scheme, despite having operated a similar scheme since 2011 - arguing this amounted to seeking legal justification after the fact for a decision that had already been taken and implemented.

This evening, the Central Bank has told RTÉ News it rejects the representations made by Unite regarding the retention payments policy.

The bank said it has put all relevant information possible, within the constraints of individual employee confidentiality, into the public domain.

It accused Unite of choosing to disregard agreed internal procedures put in place to facilitate timely and accurate channels of communication between management and the union, and described this as disappointing.

It called on Unite to return to agreed procedures.

The news comes on the day that incoming Central Bank Governor Professor Philip Lane took up his position.

In last night's statement, the Central Bank acknowledged that it had been necessary to introduce a retention policy in 2014, but stressed measures had been applied in very limited and narrowly defined  circumstances.

It said that having taken legal advice, the Bank was satisfied that payments under this policy were compliant with financial emergency legislation governing public sector pay (FEMPI).

The Central Bank said the retention policy currently applies to 29 people located in two areas of the Bank, and involves an average of 21% of annual salary.

The bank stressed that these are retention payments, not bonuses.

However, it also states:  "Previously in 2011, a group of eight specifically qualified experts working in areas with a critical mandate and where attraction and retention issues were particularly acute, were offered and accepted retention payments at intervals over a three year period to assist in retaining their skills. Those retention agreements are now exhausted with the final payments having been made in 2014." 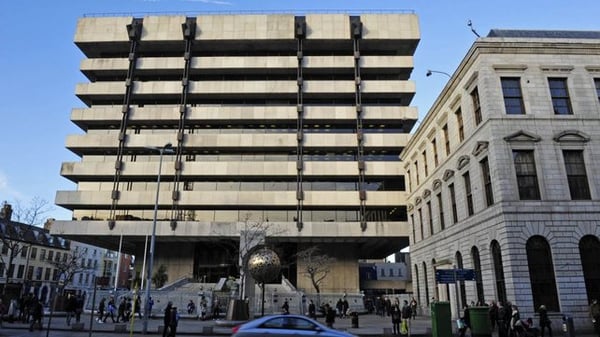