The US Treasury Department has taken steps to clamp down on tax-avoiding "inversion" deals with new rules, though there was scarce evidence they would stop the biggest inversion of them all, between Pfizer and Allergan.

The $150 billion proposed deal, still under negotiation, would see New York-based Pfizer redomicile in Ireland, where Botox-maker Allergan is registered.

The US Treasury, which said its new measures are effective immediately, has been wrestling with inversion deals for years because they erode the US corporate tax base by shifting profits overseas.

A wave of inversions peaked in September 2014, when Treasury last cracked down, reducing deal flow but not stopping it.

US companies are still taking advantage of the law "to move their tax residence overseas to avoid paying taxes in the US, without making significant changes in the nature of their overall operations," Treasury Secretary Jack Lew said.

"While we intend to take additional action in the coming months, there is only so much the Treasury Department can do to prevent these tax-avoidance transactions. Only legislation can decisively stop inversions," Lew said in a statement. 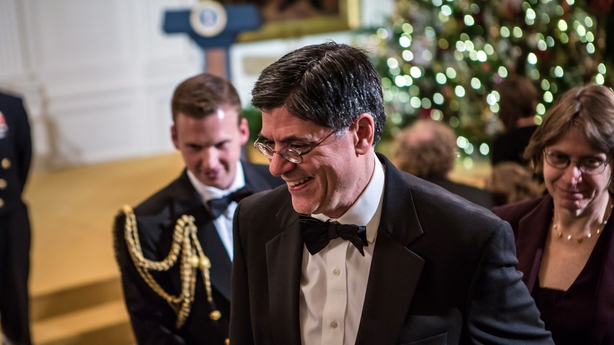 In an inversion, a US company typically buys a smaller foreign rival and relocates, at least on paper, to the rival's home country so the new combined company is not US-based, though core management usually stays in the United States.

Because of the expected structure of the Pfizer and Allergan deal, many analysts believe the new Treasury inversion rules may present little risk.

Allergan shareholders would own more than 40% of the combined company following a merger with Pfizer, people familiar with the terms being negotiated have said.

The exact structure of the merger between Pfizer and Allergan is not known, making the full impact of the new Treasury rules on inversions difficult to assess.

Nevertheless, the deal could be structured so that Allergan is technically the acquiring entity, though Allergan shareholders would still get a premium in a primarily stock-based transaction, according to the source familiar with the terms.

In a sign that the two companies are not discouraged by the regulatory hurdles, Pfizer is negotiating a 2-3% break-up fee with Allergan, which would be in line with most deals that do not face such risks, people familiar with the matter told Reuters.

Over the years, Pfizer's profits held outside the US have grown to $74 billion. The 35% US corporate income tax rate is not due on those earnings unless and until Pfizer brings them into the US, under US law.

Some tax experts have said these overseas profits are a crucial part of the Allergan deal because if Pfizer were no longer a US company it would have readier and less costly access to them.

Under Treasury's new rules, it is making inversions harder to do by limiting a US acquirer's ability to set up a new foreign parent in a third country and to "stuff" assets into a foreign parent to meet existing limits on post-inversion ownership levels.

Treasury will also now require that an inverted company be tax-resident in its new home country under that country's rules, not just US law, to pass a test of whether it has 25% of its business activity in the new country.

Passing that means it can be recognised as a foreign company.

Treasury is also imposing a rule, retroactive to September 2014, limiting an inverted company's ability to transfer foreign operations to the new foreign parent after an inversion transaction without paying current U.S. tax.

No action was taken to curb inversion-related "earnings stripping," in which US companies shift US profits offshore to avoid US taxes, but Lew said Treasury would continue to examine that issue and others.