The country's Budget 2016 is "broadly compliant" with the provisions of the European Commission's Stability and Growth Pact, the Commission said today.

But Italy, Lithuania, Austria and Spain risk breaking European Union rules with their 2016 budget plans, while France might also not meet some of the fiscal targets set out by EU finance ministers.

Ireland is currently in the "corrective arm" of the Stability and Growth Pact along with France, Spain, Portugal and Slovenia.

The Commission noted that the extra Government spending announced for the last three months of 2015 comes at a time when the Irish economy is already growing at "exceptionally strong rates".

Therefore, it said it was recalling earlier guidance for the Government to use windfalls to accelerate debt reduction.

Finance Minister Michael Noonan said he welcomed the Commission's assessment on the Budget, which means that no changes are required to the Budget announced in October.

Mr Noonan said the Commission's forecasts for economic growth, for the headline deficit, and for the public debt ratio are broadly in line with that of the Finance Department.

"In particular, the improvement in the structural balance (estimated by the Commission to be 0.9%) is greater than the 0.6% required under the rules.

"This is further evidence that Ireland is moving towards a balanced budget in structural terms more rapidly than is required," the minister said.

He said he also noted that the Commission has identified some risk, though not significant, in relation to the expenditure benchmark.

"This is why we need to maintain a tight control of expenditure and my cabinet colleagues and I are committed to this strategy. Delivering on our fiscal commitments has been a cornerstone of Government policy over recent years," Mr Noonan added.

The Commission, the EU executive arm, checks draft budget plans of euro zone countries every year to see if they are in line with the Stability and Growth Pact, which sets rules for EU budgets.

The rules say a government has to keep the headline budget shortfall below 3% of GDP and strive to balance its books in structural terms - excluding one-off revenues and spending and the effects of the business cycle.

To be in line with the rules, each year governments must reduce their structural deficit by at least 0.5% of GDP until they are close to balance or in surplus.

The Commission pointed the finger this year at Italy, Lithuania, Austria and Spain.

"The draft budgetary plans of these countries might result in a significant deviation from the adjustment paths towards the medium-term objective," its said.

France's 2016 draft budget was broadly compliant, the Commission said, because the headline deficit was as required. 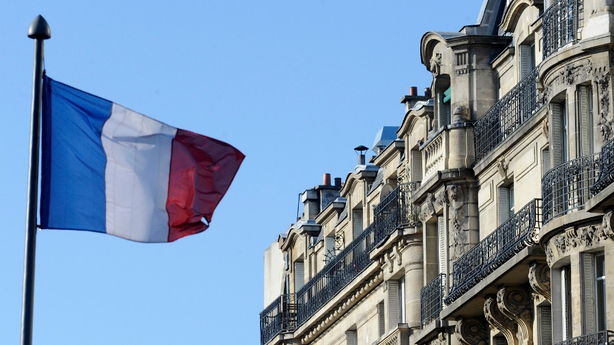 But France is under a disciplinary EU process, called the excessive deficit procedure, for having a budget gap higher than 3% of GDP. EU finance ministers set annual fiscal consolidation targets for countries under this procedure.

The Commission said Paris was at risk of missing these targets.

It said that it asked the French authorities to take the "necessary measures within the national budgetary process" so that the 2016 budget is in line with EU rules.

Without changes in current policies, France is also expected to have a deficit above the 3% limit in 2017, in breach of agreed targets, the Commission estimated.

Brussels' analysis of France's budget was carried out before the Paris attacks of last weekend.

Spain, which faces elections in December, was in bigger trouble with the Commission.

"The draft budget plan was found to pose a risk of non-compliance with the requirements for 2016. In particular, neither the recommended fiscal effort nor the headline deficit target for 2016 is forecast to be achieved," the Commission said confirming an opinion issued in October.

It said it had asked Madrid to make sure the budget would comply with EU rules and asked for an updated draft as soon as possible.

Italy's draft budget plan is also at risk of non-compliance with EU fiscal rules, the Commission said in a statement, urging Italy to take "the necessary measures within the national budgetary process to ensure that the 2016 budget will be compliant".

The Commission will decide in May whether Italy can be granted some budget leeway for investments and structural reforms.

It also said today that the budget costs of the migrant crisis would be treated as an exceptional circumstance and not counted into the deficit calculations, but concessions will be made only after actual expenses are properly assessed.

Italy, Greece, Austria and Germany are all dealing with hundreds of thousands of asylum seekers from the Middle East and Africa who are fleeing conflicts and poverty in their countries.

The Commission said it would monitor the situation closely to determine what was eligible and ensure that it did not impact 2015 and 2106 budget enforcement.

Debt is also to fall slightly to just below 90% of GDP. The Commission said this represented a "neutral fiscal stance".